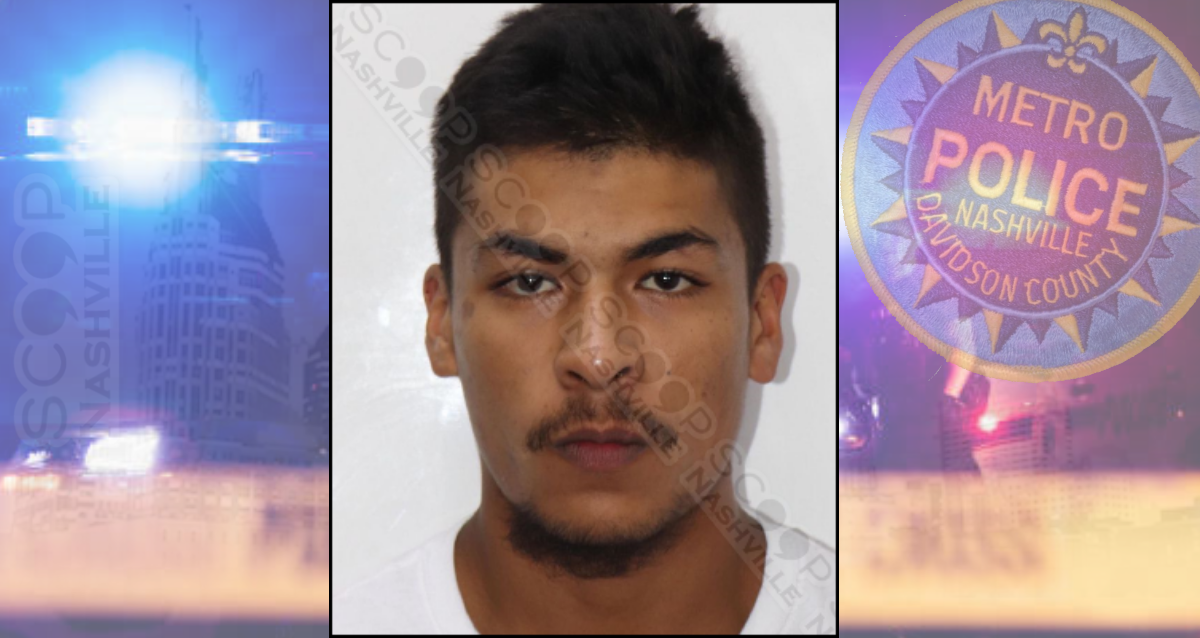 22-year-old Texas tourist Adam Campos was involved in a fight at Kid Rock’s Bar on Broadway in downtown Nashville Sunday. He appeared to require medical attention but became combative when medics arrived and attempted to re-enter the bar to continue the fight with the other person from who he was now separated. While officers initially agreed to let him go about his night, a few minutes later they observed him standing near the entrance holding a knife, where they believed he was waiting for the other party to exit the bar. Campos then suddenly approached a police UTV and punched it with his fist. Deciding he was too intoxicated to be left alone, Campos was placed into custody and charged with disorderly conduct and public intoxication.