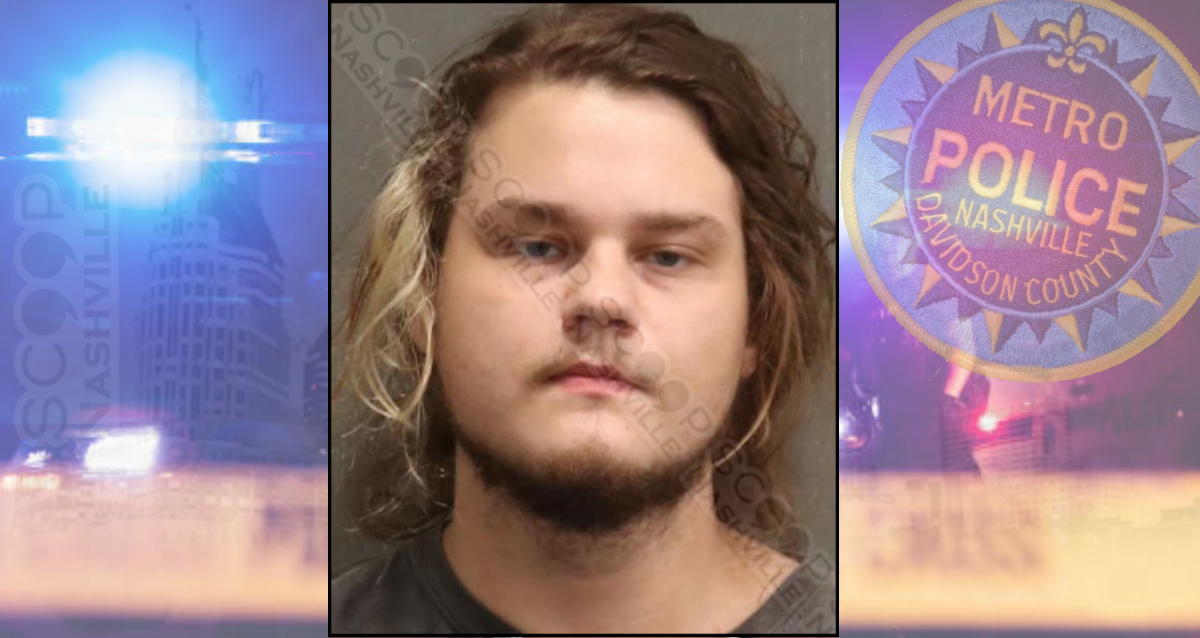 Frank Chilton called Metro Nashville Police after he says his nephew, 21-year-old Andrew Chilton, used a metal walking crutch to assault him. Frank admits to taking a bluetooth speaker from Andrew’s room while he was listening to it, and Andrew went to Frank’s room to ask for it back. Frank says he armed himself with a Whiskey bottle and a “large knife” because Andrew’s “a big kid and I felt in fear.” Andrew says once he observed Frank with the large knife he retreated to his room and armed himself with the metal walking crutch before returning to Frank’s room to retrieve his speaker. He admits to hitting Frank in the leg several times while reclaiming his property.