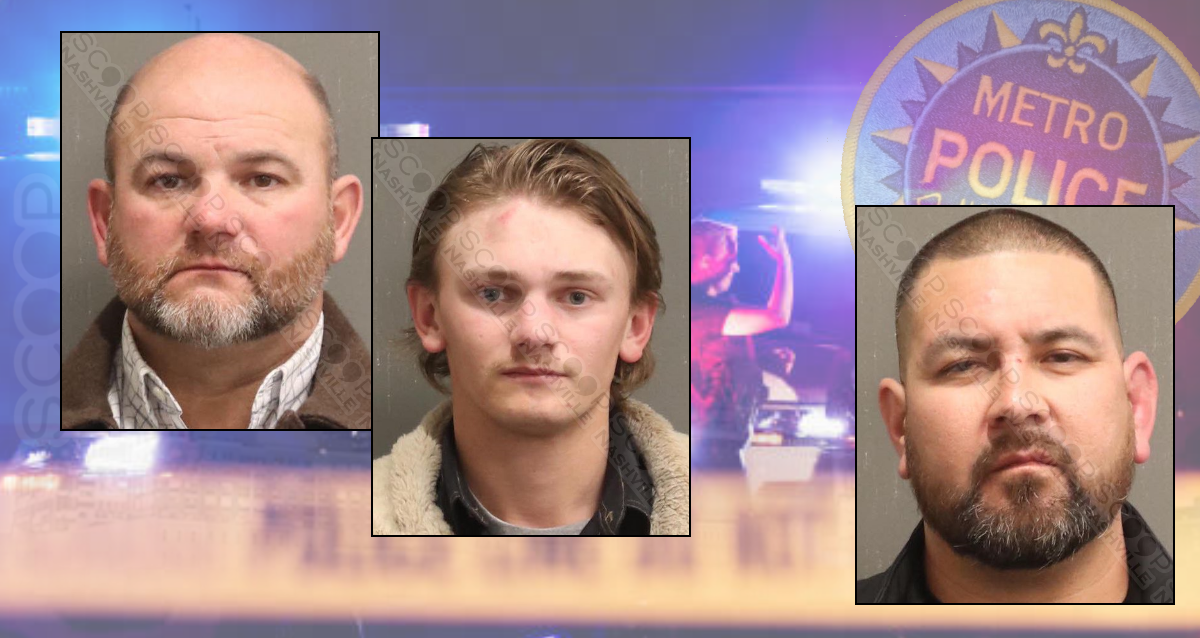 Metro Police say a trio of folks were all fighting the streets of downtown Nashville last weekend, disrupting both traffic and citizens attempting to use the crosswalks. 18-year-old Brody Presnall, of Alabama, told officers 39-year-old David Castillo pushed him and called him names, and that’s why Brody pushed him back and punched him in the face and began to fight, despite officers giving multiple commands to stop. Brody’s father, 44-year-old Clint Presnall, also got involved when he observed his son getting pushed and engaged in the fight with his son against Castillo.