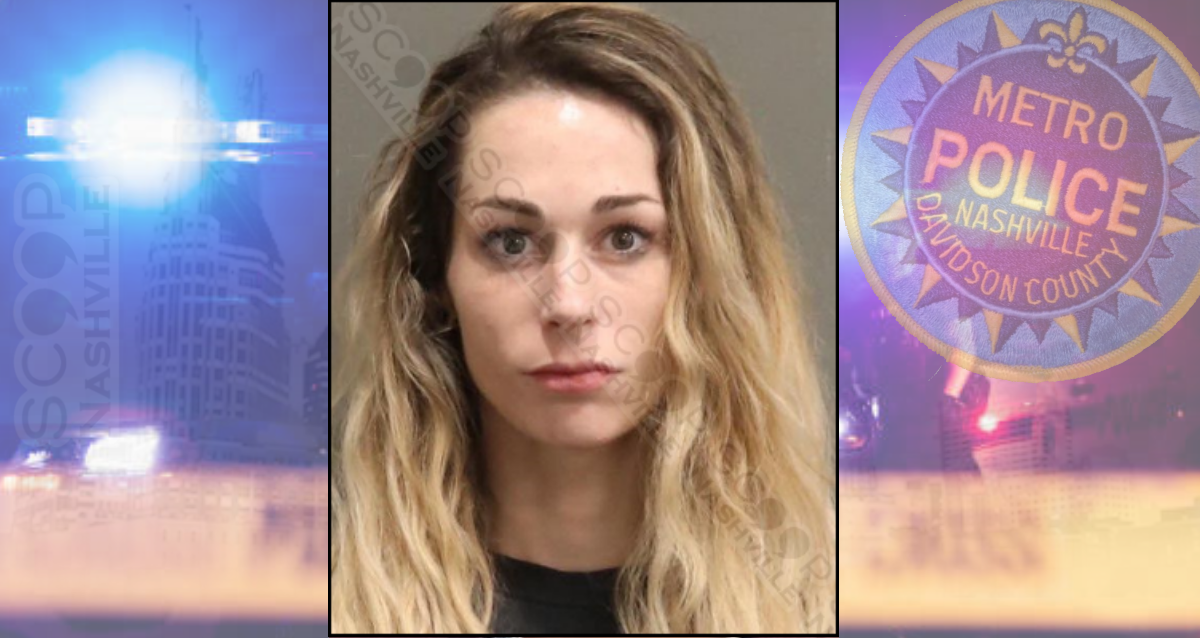 Metro Nashville Police say 29-year-old Sarah Foster Sutherland, of Brentwood, was traveling behind Officer Joseph Gonzales in East Nashville early Tuesday morning when she suddenly passed his police vehicle at a high rate of speed. He reached 80 mph on Gallatin Pike to catch up with her, while the speed limit is 40 mph in that area. She eventually made a U-turn, stopped parallel to his vehicle, and stared at him “as if confused as to what to do,” according to the officer. She claimed to be coming from a bar and was driving fast to get away from patrons who were “bothering her.” Inside the vehicle was a white powder, which she admitted was cocaine. She was charged with DUI and drug possession and transported to booking.