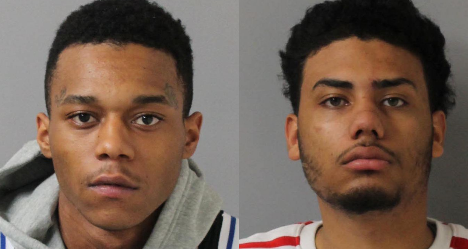 Azreal Scriber, the suspected gunman believed to have committed a series of masked armed robberies of cell phone stores and convenience markets since November 8th is now in custody, along with other persons related to the spree and subsequent searches / arrests. Seized were a 9mm rifle, ammunition, ten firearm magazines, including a 100 round drum magazine, more than $9,000 cash and numerous iPhones.