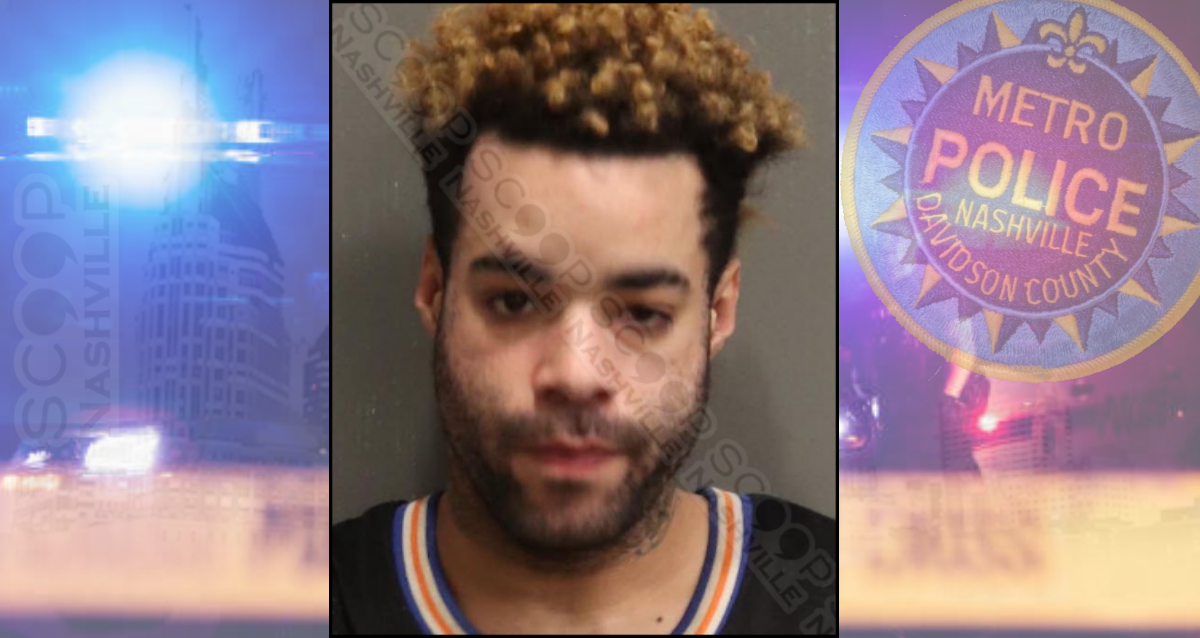 30-year-old Wamond Webb, who goes by the names “Walt Geezy” and “Wamond Macnificent Webb” on social media, is accused of splashing a beer in his girlfriend’s face, vandalizing her car, and then fleeing the scene with his mother as his getaway driver. Police met with Erica Faw at an East Nashville Citgo, where she was standing beside her heavily damaged Ford Escape. She told police that her boyfriend, Webb, threw the beer in her face and punched her just under her right eye, causing her to stop the vehicle as she was driving. She escaped into a gas station while Webb broke out the rear window of her car and damaged the door handles. As she approached him, she says he fled to a vehicle driven by his mother and left the scene. Officers also documented the rearview mirror was ripped off, the key was broken off inside the ignition, and the gear shift had been completely ripped from the console, rendering the vehicle inoperable.