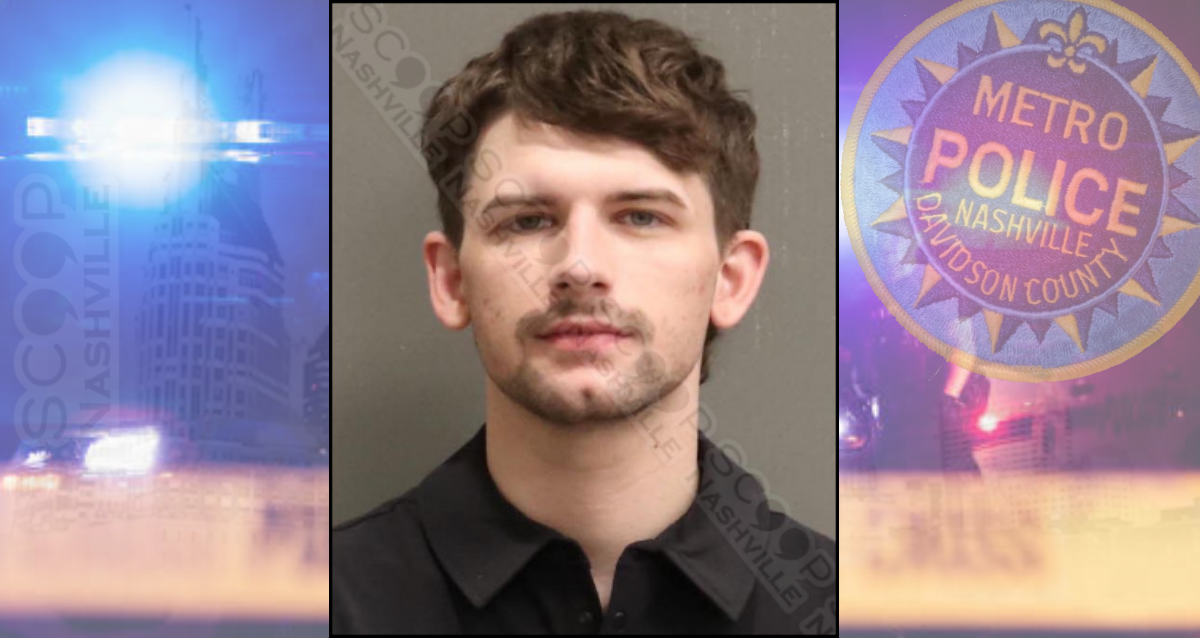 Multiple witnesses observed 23-year-old Cole Steele looking into car windows and rummaging through vehicles in the 700 block of 18th Ave S. around 1 a.m. Saturday, where he eventually smashed a cinderblock into a grey Nissan Versa belonging to Zamira Vasquez multiple times, destroying the driver’s side window. He began to rummage through the vehicle and then passed out inside. As medics arrived, he fled the area. Just after 2 a.m., officers received more calls about him in the 800 block of the same street, and he was taken into custody. Steele told officers he only broke into his own vehicle after someone vandalized it, and had no idea about anything else.