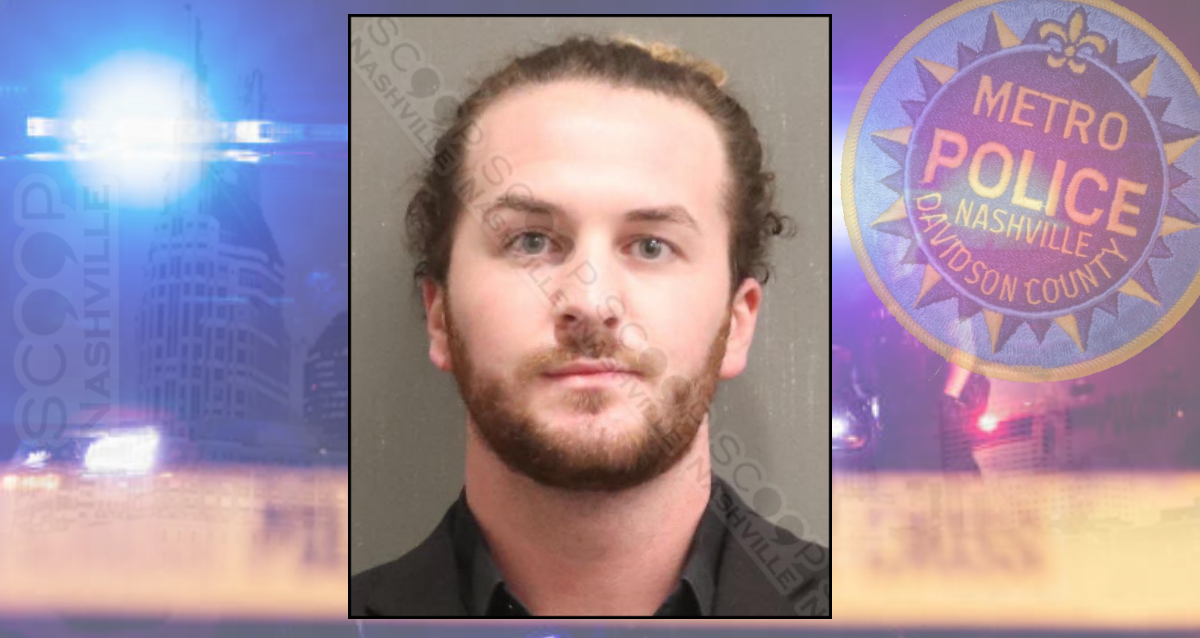 24-year-old Chris Dye was booked into the Metro Nashville Jail Wednesday on an outstanding warrant from Novembercharging him with domestic assault with bodily injury. His girlfriend, Courtney Steck, told police they went out to the W Hotel with friends, and as they were leaving she was putting up her hair and he became enraged, pulling her hair, slapping, and punching her.

Police noticed her damaged phone, which Dye also reportedly tossed along with her wallet. Once back at her apartment she says he punched her in the face, damaged her glasses, and pushed her into a wall. Dye is free on a $1,000 bond.