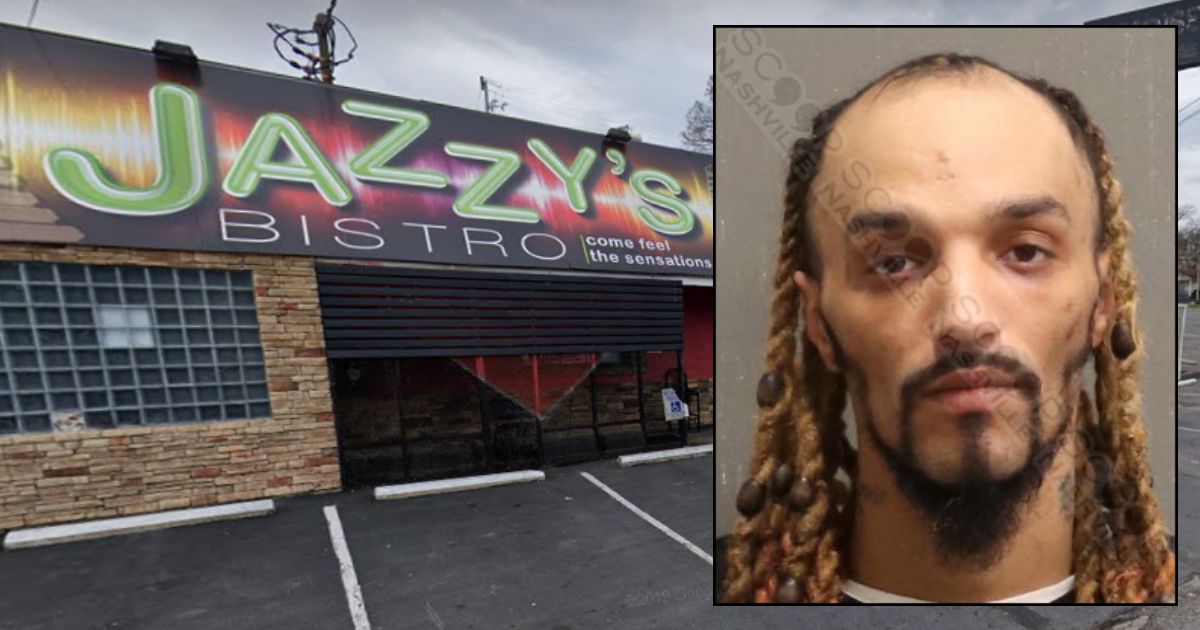 30-year-old Eric L Jenkins, who isn’t allowed to possess a gun due to his multiple gun and drug-related felonies, domestic violence convictions, and Community Corrections probation status out of Murfreesboro, approached an 18-wheeler which was parked on the public roadway in front of Jazzy’s, which is a club that employs Jenkins as a security guard, with a handgun holstered on his hip despite the state confirming he is not allowed to possess even an unarmed security license. He told the truck driver to move, and when he refused, Jenkins went to his white Ford Crown Victoria 30 yards away and retrieved an AR-15 rifle, pointed it at the 18-wheeler, and threatened to “swiss cheese” the truck if it didn’t move.

The truck driver called police, who responded to the scene and attempted to interview Jenkins, however, the manager of Jazzy’s lied to police and said he wasn’t inside. Once officers prepared his Crown Victoria to be towed, he magically appeared coming out of the club and was taken into custody. In addition to his new felony charges for aggravated assault with a deadly weapon against the truck driver and passenger, he’s charged with prohibited person possession charges, two additional outstanding warrants, and Murfreesboro Community Corrections has a warrant also for his arrest, in case his posts his $27,000 bond in Nashville. Jenkins’ hairline also failed to appear, but did not face any additional charges. 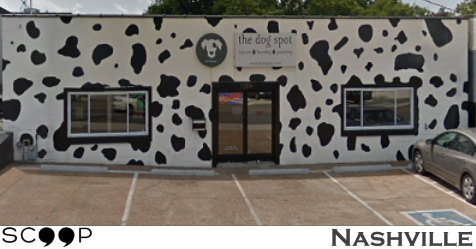 Central Precinct Officer Wesley Feinstein has been decommissioned and assigned to desk duty after taking a bottle of water from the refrigerator of a business while investigating what turned out to be a false burglar alarm. Feinstein, who graduated from the police academy two years ago, responded to the alarm call at Emma Incorporated on Lea Avenue at 3:45 p.m. Saturday. Officers found an unsecured door and entered the building to see if anyone was inside. While checking the interior, Feinstein took a bottle of water from a small refrigerator.…

Gregory L Lemley recently found a surprise on the side of his home in East Nashville. Let’s be clear – Gregory found a (somewhat faded) penis, drawn in what appears to be spray paint. It wasn’t even a remarkable penis, rather just a flaccid attempt what what was likely 8th grade humor from kids out of school for the summer. At any rate, Gregory, who has lived in East Nashville for just over two years, lives in one of those neighborhoods that didn’t exist until a few short years ago.…

Kim Hussey, owner of Hempopotamus on Fatherland, may be selling hemp products and CBD oil legally in her shop, but her actions on her street at home are not of the legal nature. That’s right – Kim Hussey is one of THOSE people who thinks she is so entitled that she blocks off ‘her’ parking spot on a street with public parking so that no one can use it when she’s not parked there – something that is certainly illegal according to Metro. She posted in the East Nashville Facebook…

Thanks to a tipline submission: Neighbors beware – an individual going by ‘Michael Puckett’ (real name Timothy Michael Puckett) is advertising on several East Nashville Facebook groups for ‘Handyman’ work and cleaning gutters – such as the advertisement below. He also has his own facebook group for his customers. Before you call him to come to your house, you should be aware of his past felony conviction of Especially Aggravated Robbery (he robbed and shot a homeowner here in Nashville), for which he spent time in the TN state prison,…