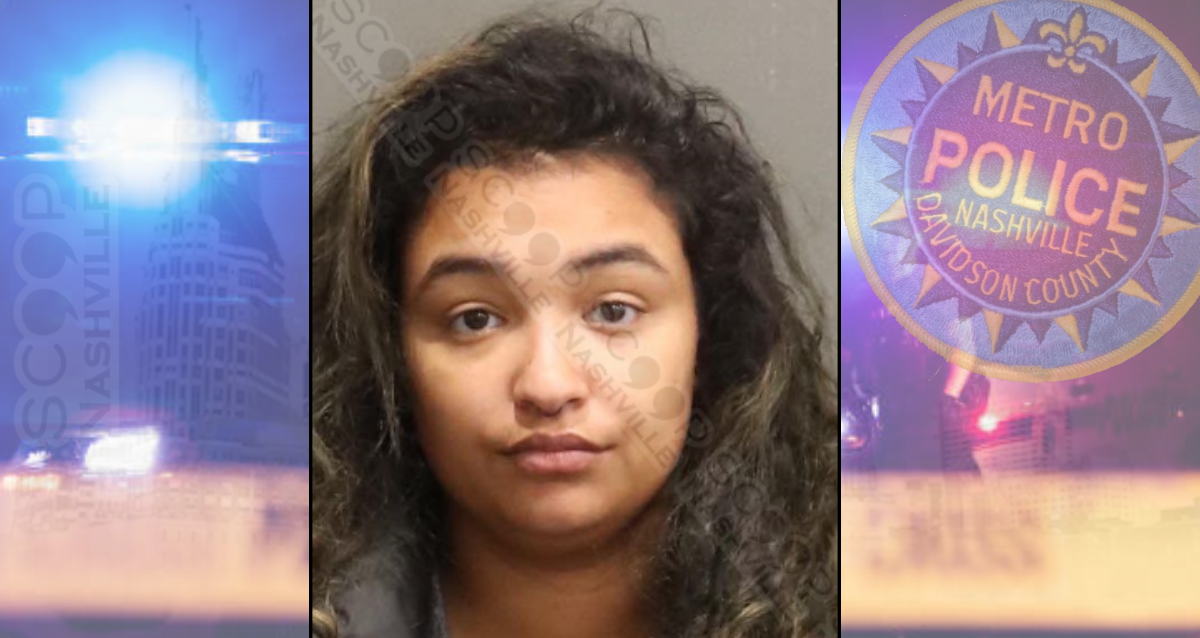 Metro Nashville Police responded to Cube Smart Storage in October, where James Simpson stated his 26-year-old ex-girlfriend, Jada McReynolds, punched him in the face approximately ten times during an argument about their children while he was getting his things out of storage. Officers documented injuries to his face, a busted lip, and bruising around his nose and eyes. Jada had fled the scene prior to the officer’s arrival, and a warrant was issued for her arrest. She was booked on that outstanding warrant for domestic assault this week.