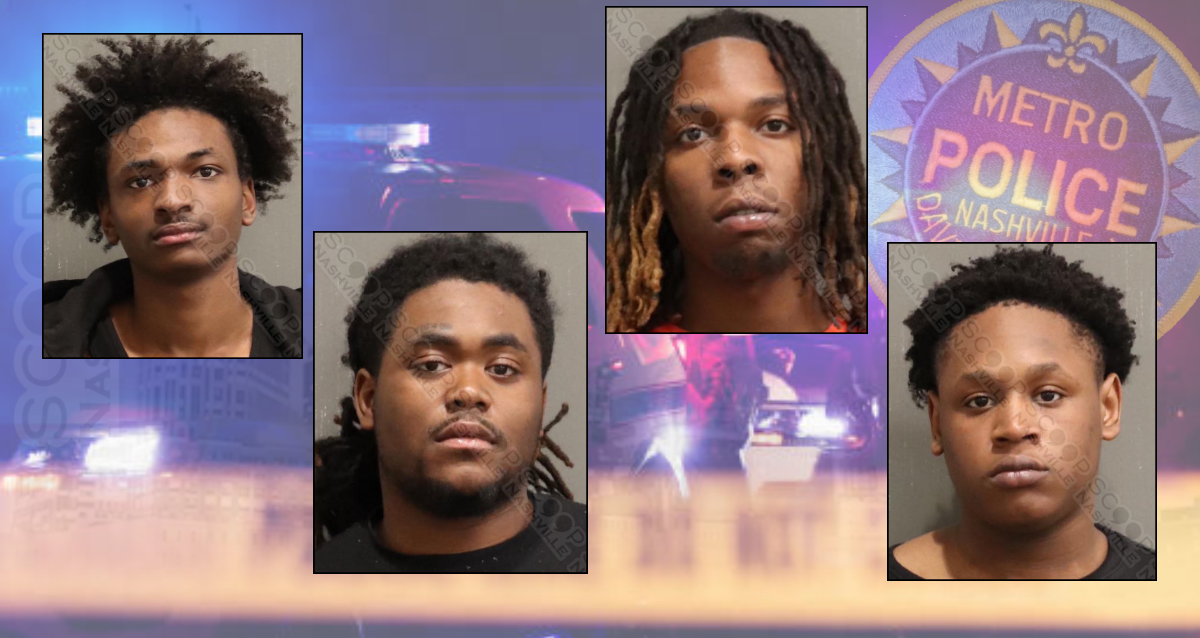 Just after 6 p.m. on Friday, police attempted to conduct a traffic stop on a black Volkswagen, however, the car fled the area. Officers were able to get the tag number and again located the vehicle almost 28 hours later near 1st Ave S. & Korean Veterans Blvd. As officers approached the vehicle, they could see just over a half-pound of marijuana in the back seat in separate baggies. All four individuals in the vehicle were charged with felony possession with intent to distribute: Demarrrio Bowen, 19, Lamont D. Begley, 19, Brandon D. Jnobaptiste, 23, and Donnell Booker, 18.