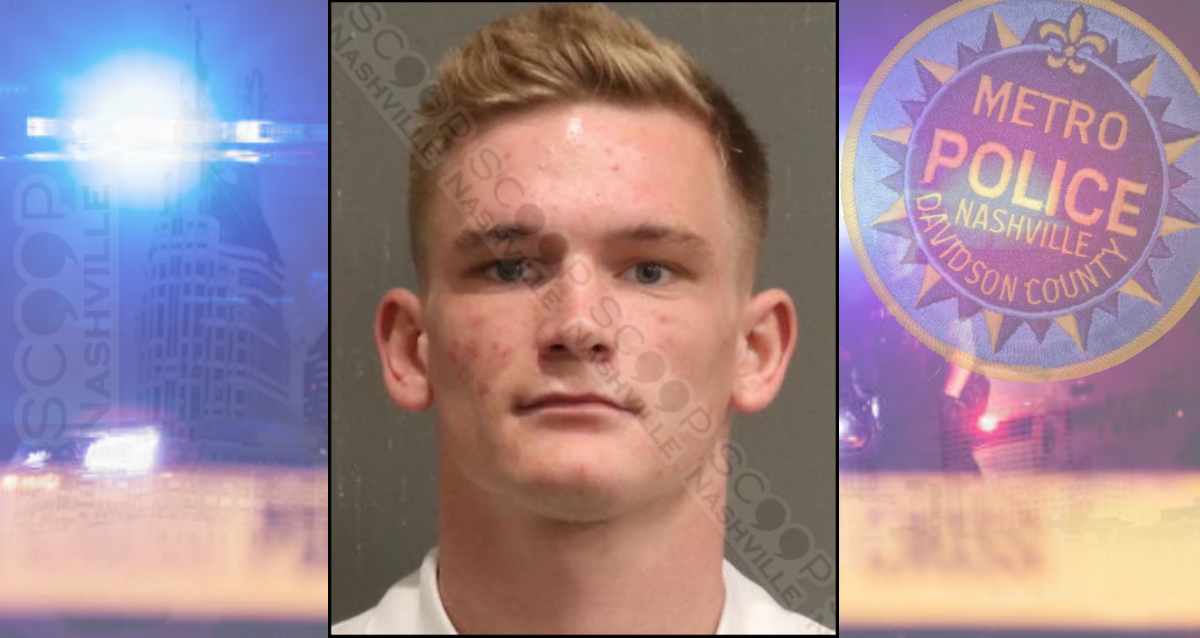 21-year-old Greyson Sean Speer was booked into the Metro Nashville Jail Thursday on an outstanding warrant from October, charging him with an assault in downtown Nashville. The victim, Deroy Murdock, says he was walking with a friend when Speer suddenly approached Murdock, stating, “I want to hang out with you, let’s party!” Murdock explained he and his friend were going back to their hotel for the night and did not want to “party.” As they walked away, they say Speer followed them and grabbed Murdock, putting him on the ground by force. With help from his friend, Murdoc escaped Speer’s grasp, and they ran away. As this was happening, an unrelated bystander was also calling 911 to report the incident as it happened. Officers documented injuries, and after an investigation, a warrant was issued for Speer’s arrest.