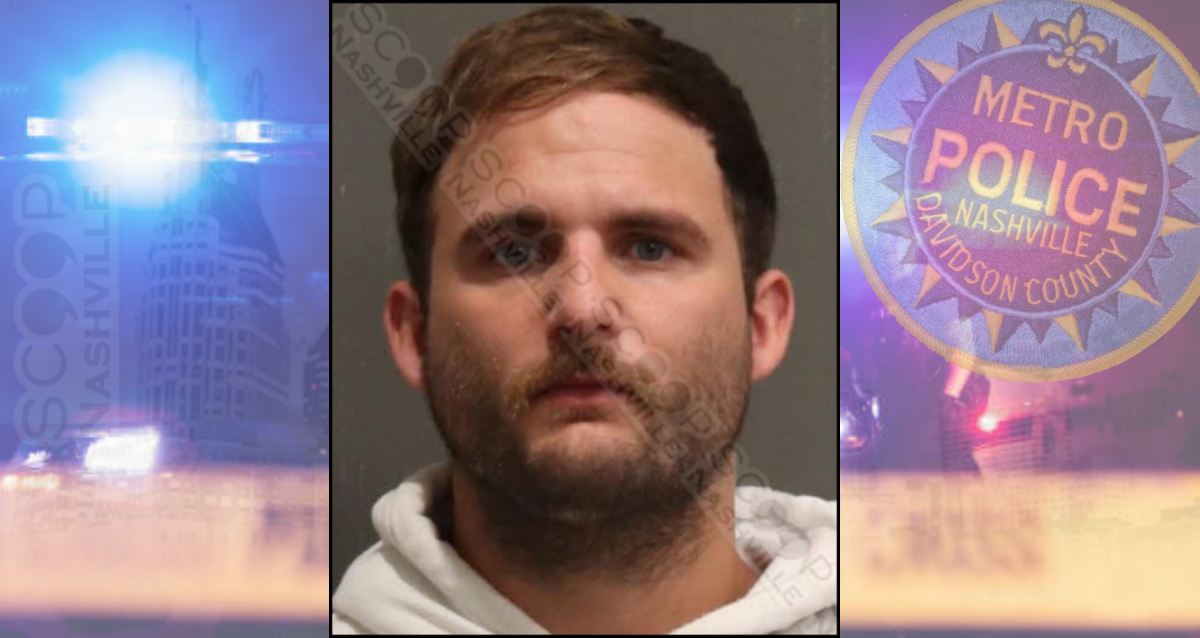 Police say 27-year-old Joshua Murner went to the River Road home of Stevie Voss, who is his ex-girlfriend, just before 5 a.m. on a Sunday in late September, just two days after she ended the relationship. A camera captured him entering at 4:45 a.m., at which time he was yelling and screaming while heavily intoxicated. Voss says he grabbed her by the neck with both hands in an attempt to strangle her, then grabbed her wrists and bicep, leaving more bruises. Elizabeth O’Brien witnessed the assault and attempted to stop him, causing Murnder to grab her by both wrists, also injuring her. In the ten minutes before Murner fled the scene, and before police arrived, Murner also punched holes in four doors and took all of the food from the refrigerator, and threw it across the home, along with shattering glass across the floor. A warrant was issued for his arrest, and he was booked into jail Monday morning.