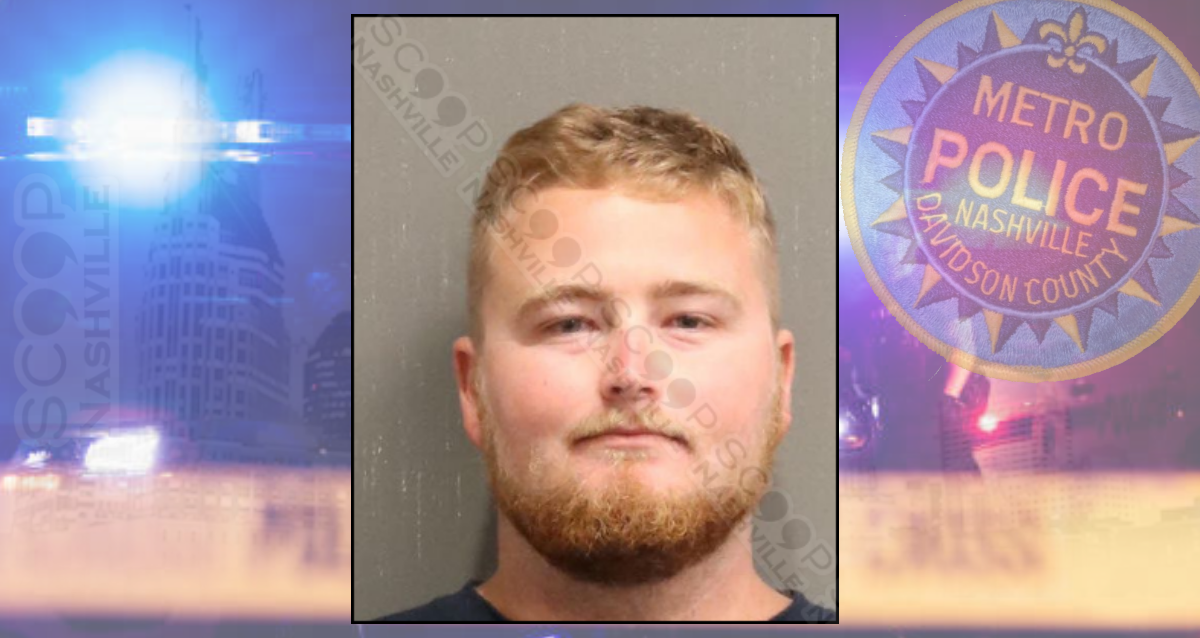 Metro Nashville Police say they were speaking to a group of citizens on Broadway in downtown Nashville when 23-year-old Dylan Scott Cosner walked up, stumbled around swaying, leans on an officer for balance, bumped into the other people, and was belligerent. Officers asked him to move along with his friends, but he refused and became verbally aggressive. He was booked into the Metro Nashville Jail, charged with public intoxication.