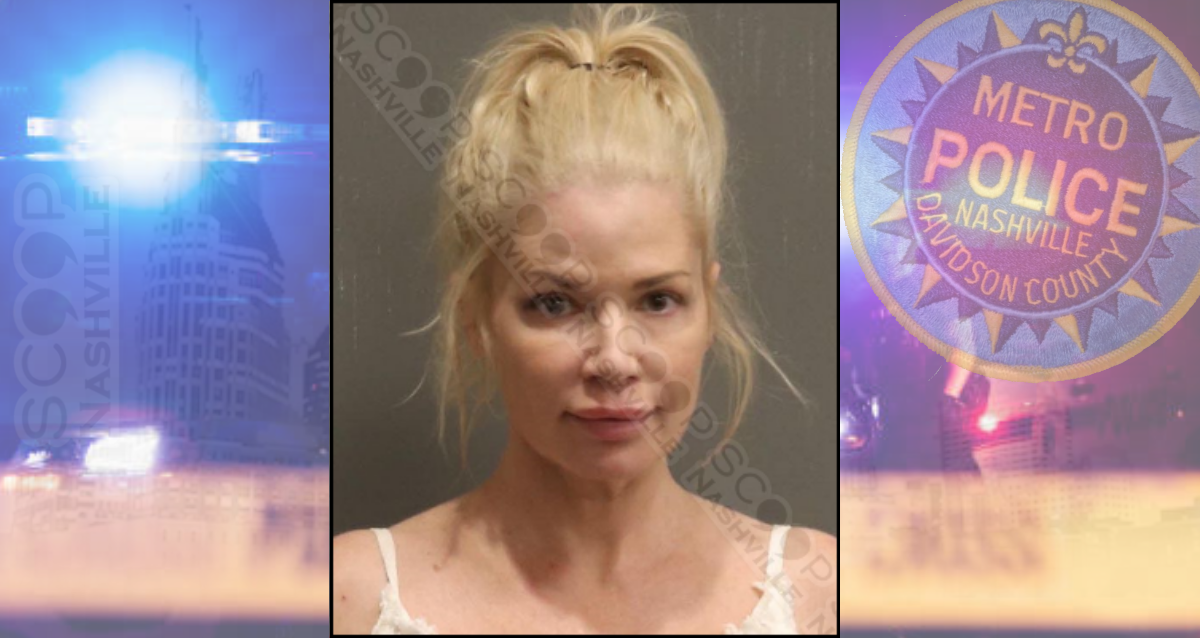 50-year-old Gwuenavere ‘Gwen’ Morgan was jailed just before daylight Tuesday after she drove into a brick wall at the intersection of Burton Hills Blvd & Cumberland Place. First responders found her unresponsive behind the wheel with the car still running. She told officers she fell asleep and drove into the brick wall. As she was speaking, it was obvious she had been drinking from the smell of alcohol coming from her person. She admitted to having two glasses of wine. Before field sobriety tests could even be started she fell down and had great difficulty standing on her own. She performed poorly on the tests she was able to take and refused a breathalyzer or any further testing. She was jailed and her car was towed to impound.