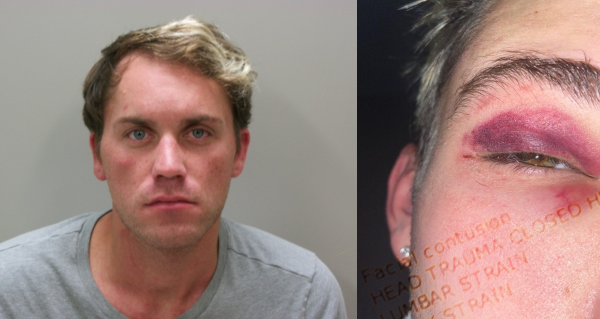 27-year-old Elic Hugh Page IV is charged with domestic assault after police found him standing over his boyfriend with his knuckles and pants covered in blood. His boyfriend, who had been beaten and kicked in the head by Page, says he thought he was going to die, and lost consciousness during the assault. Page is free on a $1,000 bond, with conditions set by a commissioner – which he has continued to ignore, without repercussions.