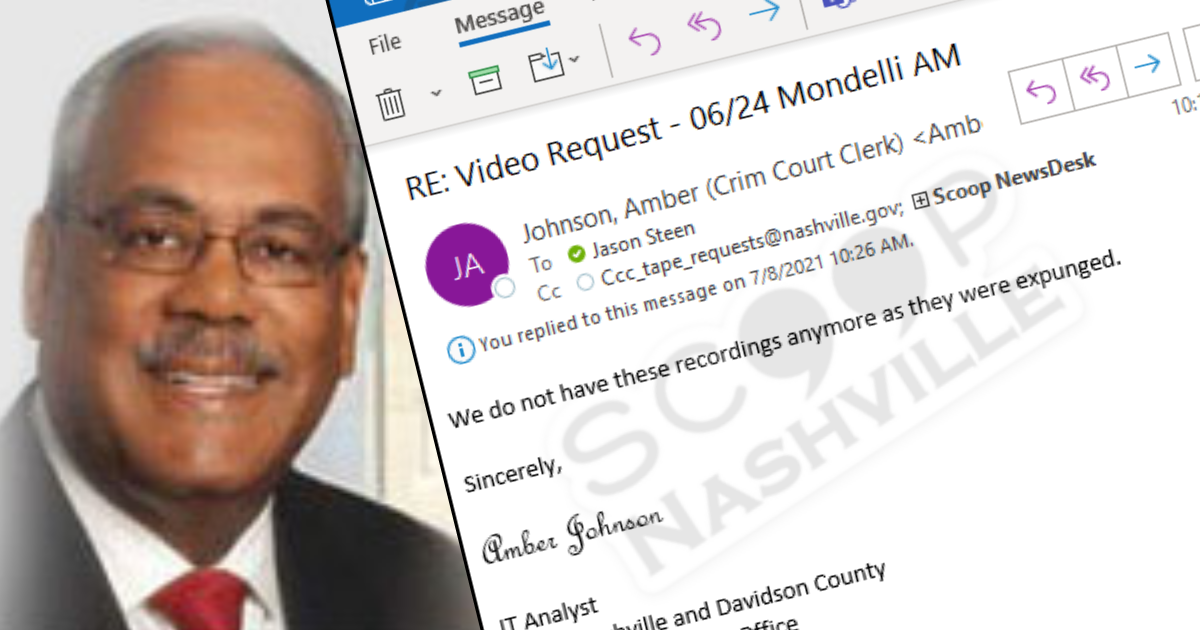 In late June, a well-known attorney was in court for a hearing after MNPD charged him with assault of an officer, resisting arrest, disorderly conduct, and public intoxication. People present during that hearing report the officer recanted his sworn affidavit on the stand. Scoop Nashville immediately requested those court recordings, which are traditionally provided within 1-2 days. Nine days later, the office replied they had expunged those public records.