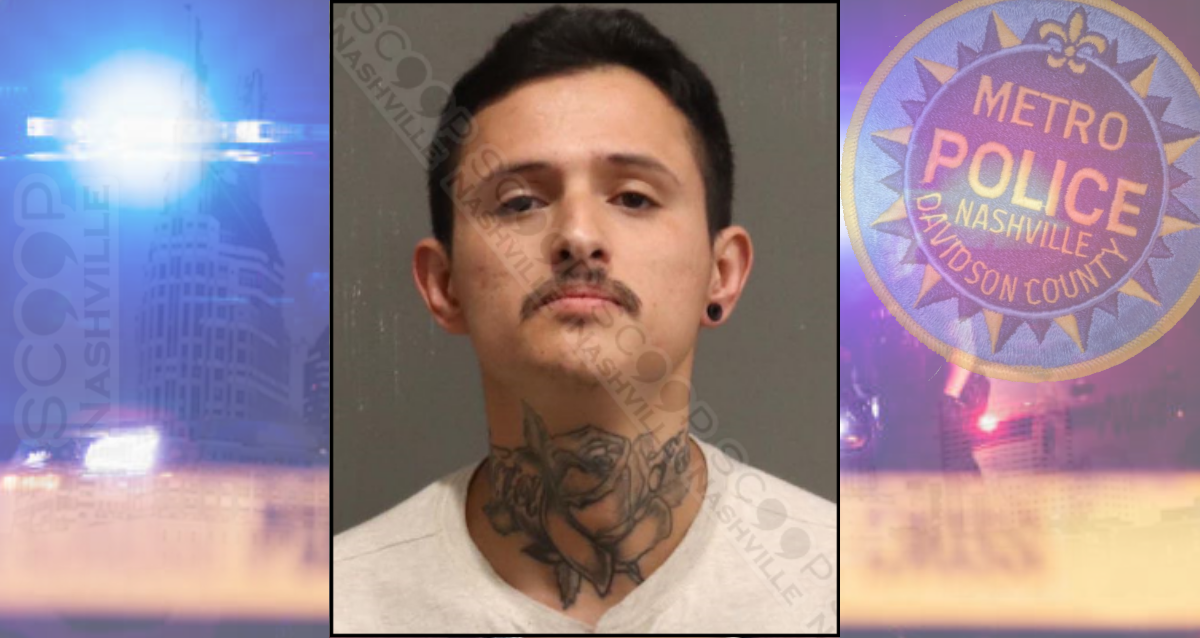 30-year-old Elias Olea told Nashville police he snorted “a whole bunch of crystal meth” and was “opening and closing the gates of hell” after he ripped the screen off a window and smashed out three glass window panes of a home on Gibson Drive. He also destroyed the resident’s garden angel. Officers located him barefoot and clenching his shorts tightly with both hands. He is charged with vandalism and public intoxication. Olea was indicted in 2018 for a 2009 First Degree Murder case, however, in 2021, Glenn Funk’s office nolled the case.