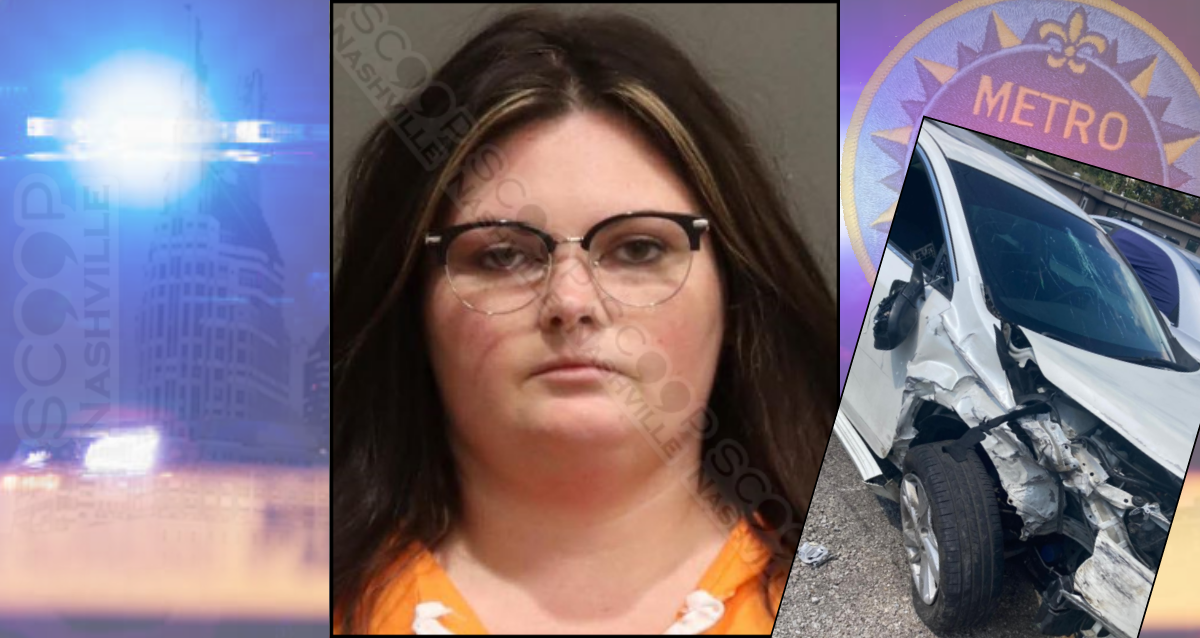 30-year-old Brittney Calhoun told police she was “in town for a girl’s night and going to some bars” when they found her and a passenger crashed in East Nashville at 3:30 a.m. Saturday. She had driven her vehicle into two parked cars on the side of the road. Further questioning revealed that her drink of choice was Vodka & Red Bull, and she consumed “a couple” while at the bars. She says she blacked out and doesn’t remember any of the crash. Officers located two large Bud Light cans that were open and leaking alcohol into the driver’s side of the car, along with another opened bottle of alcohol in the front. She performed poorly on field sobriety tests and was charged with DUI. Her passenger was transported to Centennial hospital with non-life-threatening injuries.