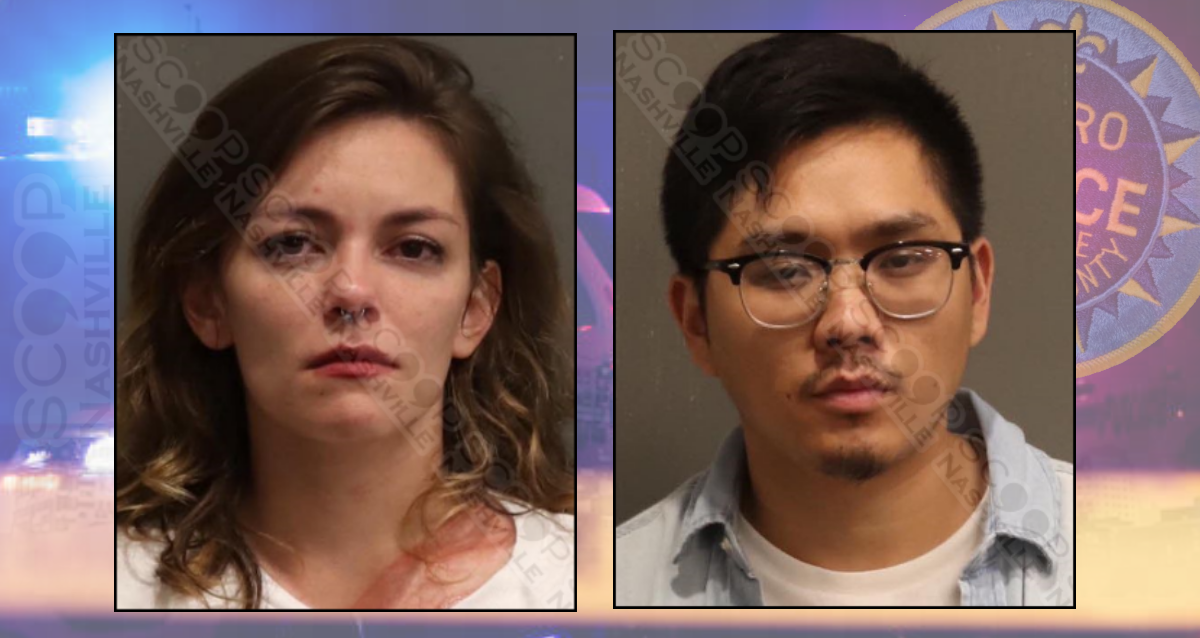 29-year-old Gretchen Mahugh & 25-year-old Kevin Sichoumphonh (aka Kevin Sicc) were jailed early Sunday morning after a DUI crash in East Nashville with airbag deployment. Gretchen was driving a vehicle belonging to her friend, Kevin, at the time of the crash. She states she had two shots of tequila two hours before driving. When asked to perform field sobriety tests, she initially refused, stating she did not trust the police but eventually agreed. She performed poorly on those tests and eventually blew a 0.216% BAC on a breathalyzer. Kevin was in the passenger seat of the vehicle at the time of the crash and was charged with DUI owner per-se for knowingly allowing an intoxicated person to drive his vehicle.