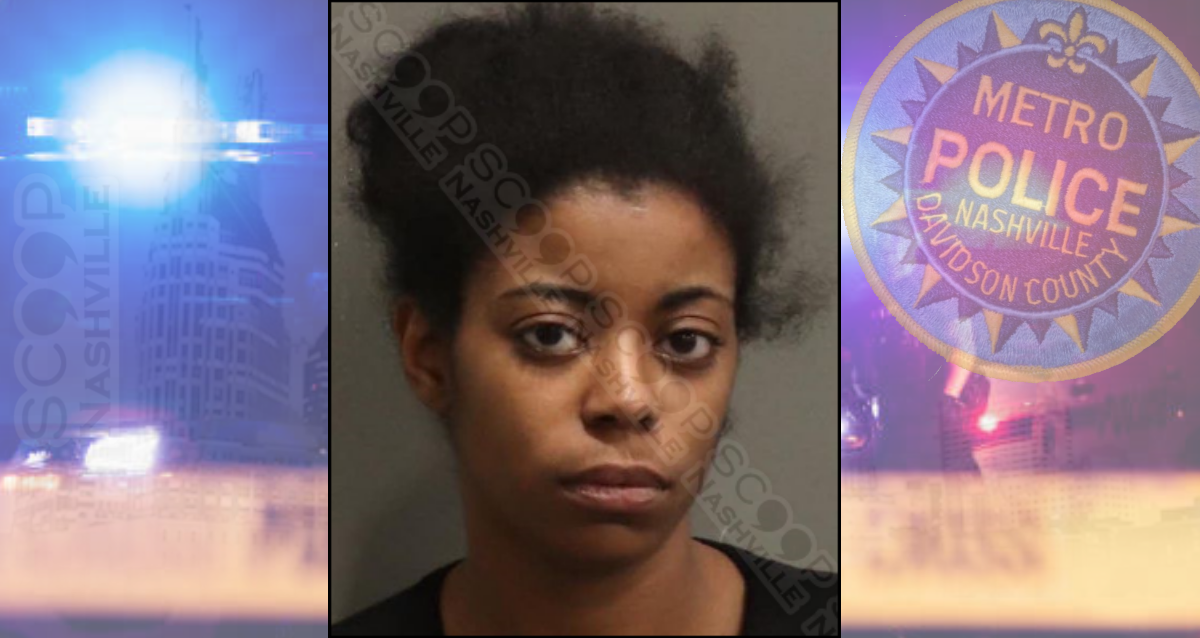 25-year-old Cache Handy was jailed on an outstanding warrant charging her with the domestic assault of her partner, Daviel Grant. He came to the Family Safety Center to report the couple had been arguing most of the prior evening due to him having an appointment and her getting home late due to traffic. At some point, the argument escalated and he says he confronted her about cheating. She reportedly began to throw things around the kitchen and swiped a flower vase from the counter in his direction, which broke and cut his leg, leaving an injury that police documented.