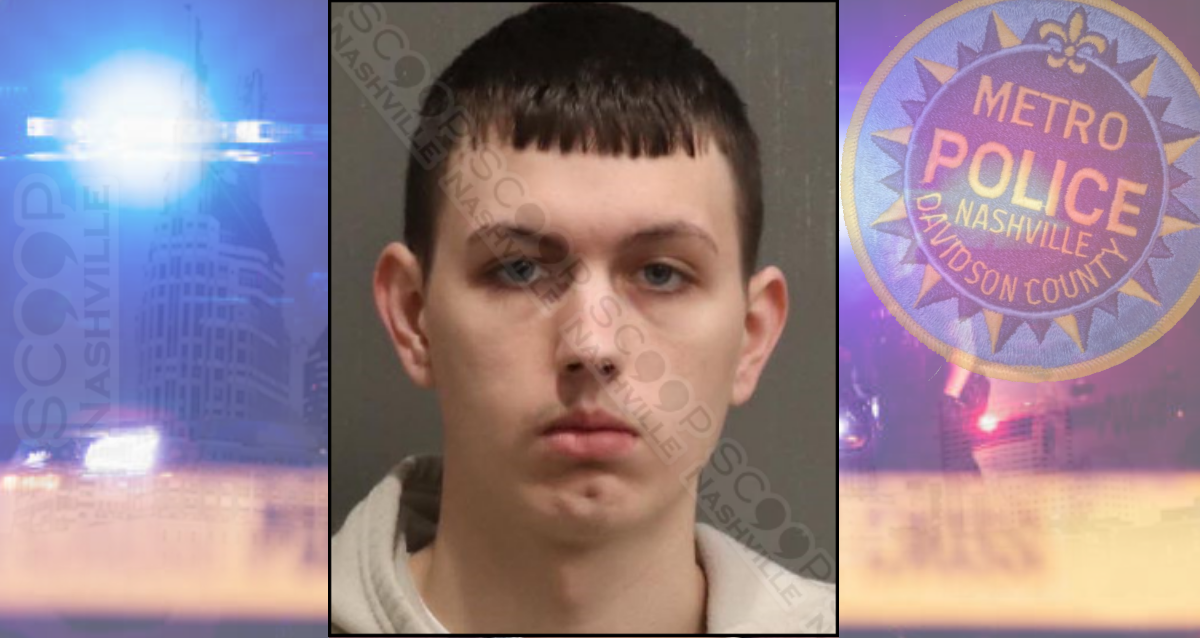 22-year-old Jakob Ethridge was booked into jail this week on outstanding warrants charging him with evading arrest and reckless endangerment during an attempted traffic stop in February. Police say they were conducting a traffic stop on Ethridge on February 2nd on Tulip Grove Road in Hermitage after observing him traveling 48 mph in a 30 mph zone. As officers approached the vehicle, which reeked of marijuana, they ordered him to step out of the vehicle. Ethridge suddenly restarted the engine and fled the scene, throwing the officer from the vehicle as he fled.