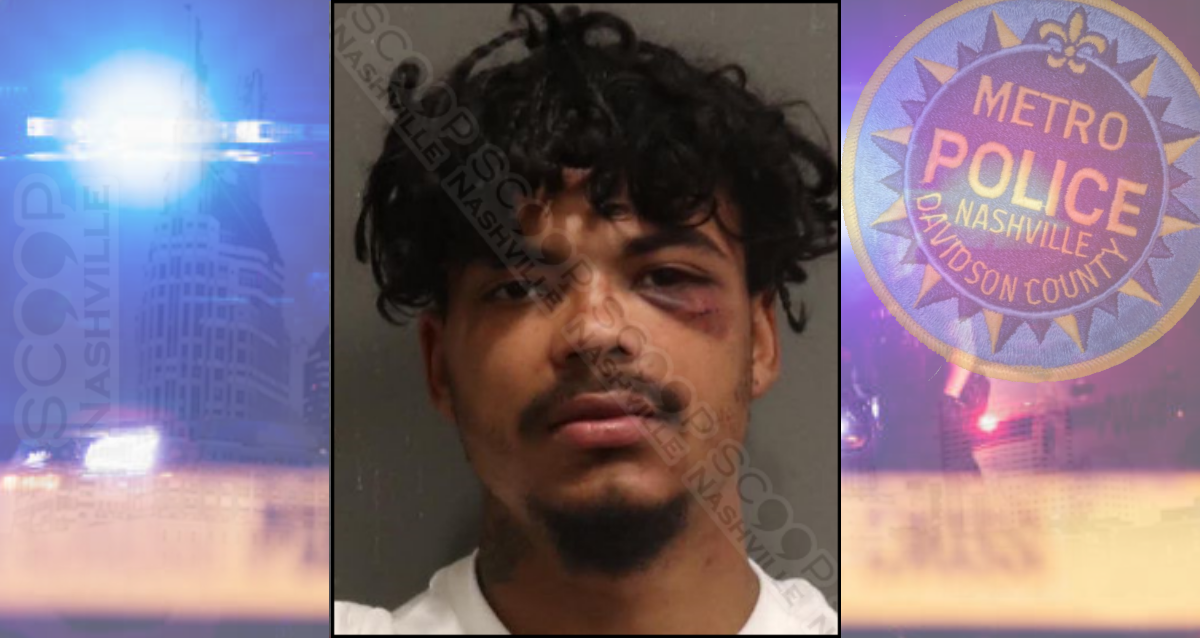 Police encountered 19-year-old Jaylon Battle walking in the roadway of Dicerkson Pike near I-65, and he stated he was walking home from the hospital, as he was transported there earlier in the evening for a suspected episode of “excited delirium” and was now discharged. The officer gave him a ride back to his father’s residence, where he lives after he assured him there would be no issues with returning home. He immediately began aggressively pounding on the door and charged his father when the door opened, making threats to kill him. The officer was able to detain Jaylon and took him into custody for domestic assault.