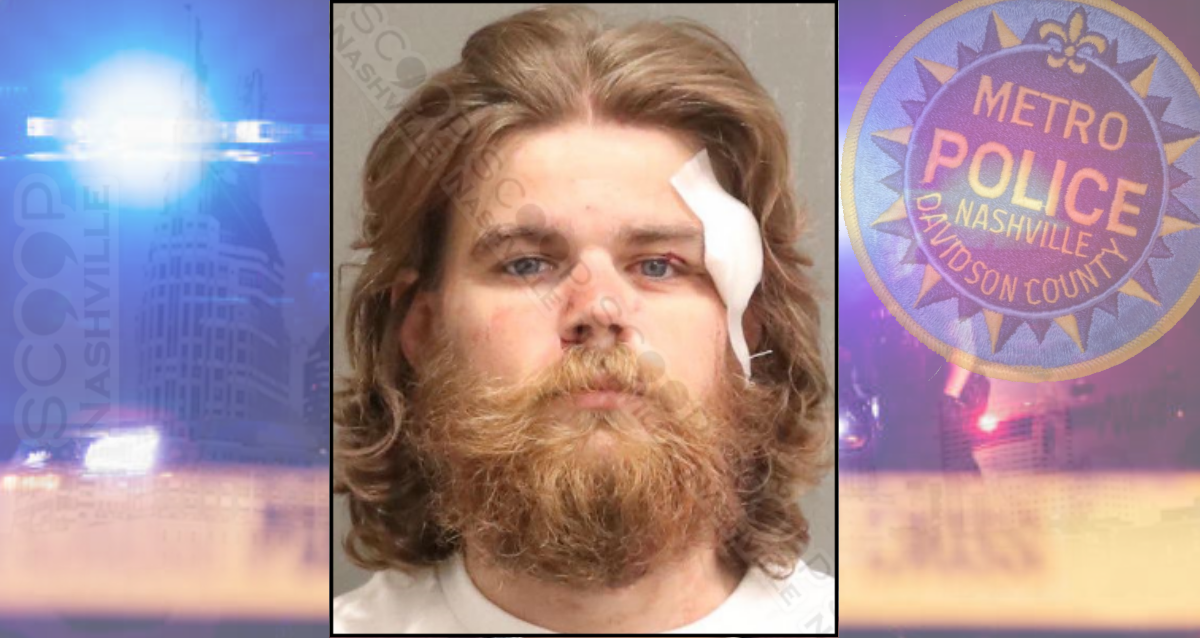 Metro Nashville Police observed a fight on Broadway in front of The Stage, and as they attempted to intervene, 30-year-old Andrew Murphy remained irate and refused to calm down. Police say he was incredibly drunk and bleeding heavily from an injury he received when he punched a woman who then struck him in self-defense with a large glass vase she was carrying. As he was being taken into custody he fought and fled, and after a brief foot chase was cuffed after another struggle and several more officers had to assist in his apprehension. Patrons & staff of The Stage on Broadway told police Murphy was kicked out of the venue for disturbing others, and he had punched at least two patrons without provocation. During a search of Murphy, police found a small plastic baggy with a clear crystal substance and glass pipe inside.