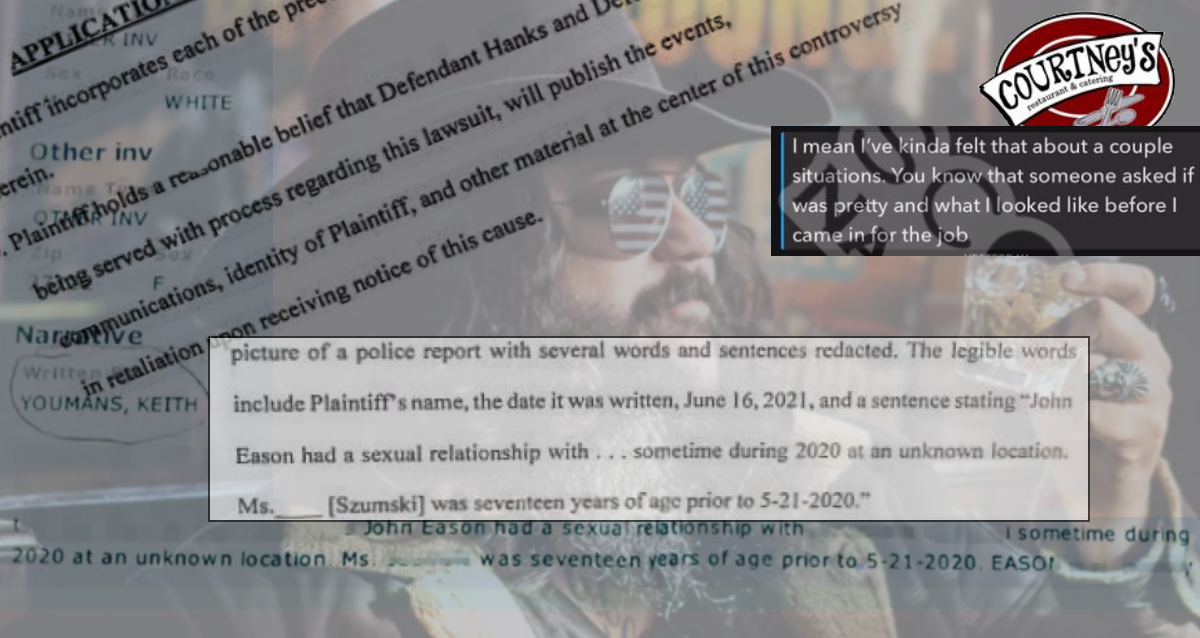 Attorneys for Country Musician John Eason filed an extraordinary petition in Circuit Court this week in an attempt to silence a number of people that claim he is providing alcohol to, and having sex with, underage girls. Accusations have surrounded the Wilson County singer’s career in recent months, claiming he was grooming young females at Courtney’s restaurant in Mt. Juliet. Social media has been flooded with various messages and accusations, including social media pages, personas, accounts, and entire websites devoted to the accusations.

In an unusual move, a TRO has been sought to silence the individuals being sued over the accusations in an attempt to keep the lawsuit from becoming public, citing that Eason is afraid the parties “may publish the events or communications, the identity of the plaintiff (John Eason), and other material (exhibits) at the center of this controversy… upon receiving notice of the lawsuit”. We have published the entire lawsuit and exhibits, along with other posts gathered from social media and websites in their entirety as a part of this story.