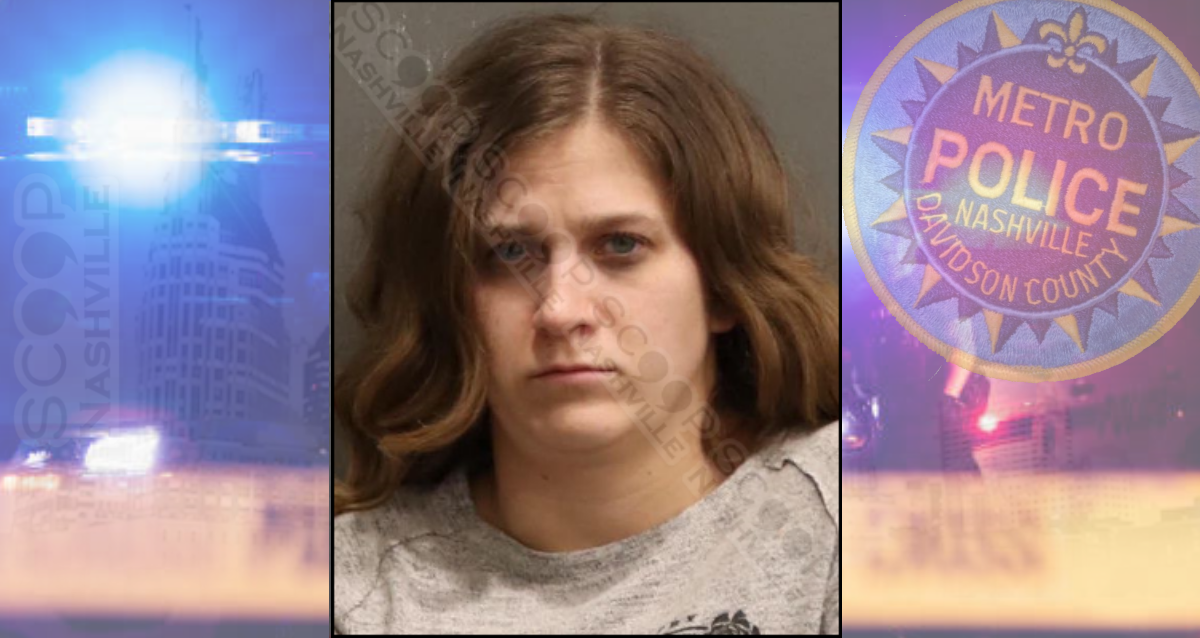 32-year-old Milwaukee Nurse Julie Elliot was causing a scene at the Hilton Hotel in downtown Nashville just after last-call Thursday morning. Police say she was extremely intoxicated and causing a commotion in the lobby. Police confirmed she was not a guest, but had been stumbling on Broadway and concerned citizens walked her to the Hilton lobby. She walked away as police encountered her, reeking of alcohol and barely able to walk. She told officers she was walking in Milwaukee, Wisconsin.

Due to her extreme intoxication and inability to care for herself, officers began to take her into custody for public intoxication. Elliot resisted, pulled away, and attempted to break free. Once cuffed, and as she was being escorted to the patrol car, she wrapped one of her legs around the front of MNPD Officer Blake Lutz’s right leg and then wrapped her other leg around the back of his right leg, causing them both to fall onto the ground, ripping his pants, and injuring his right knee. She continued to grapple as they attempted to place her into a patrol car.