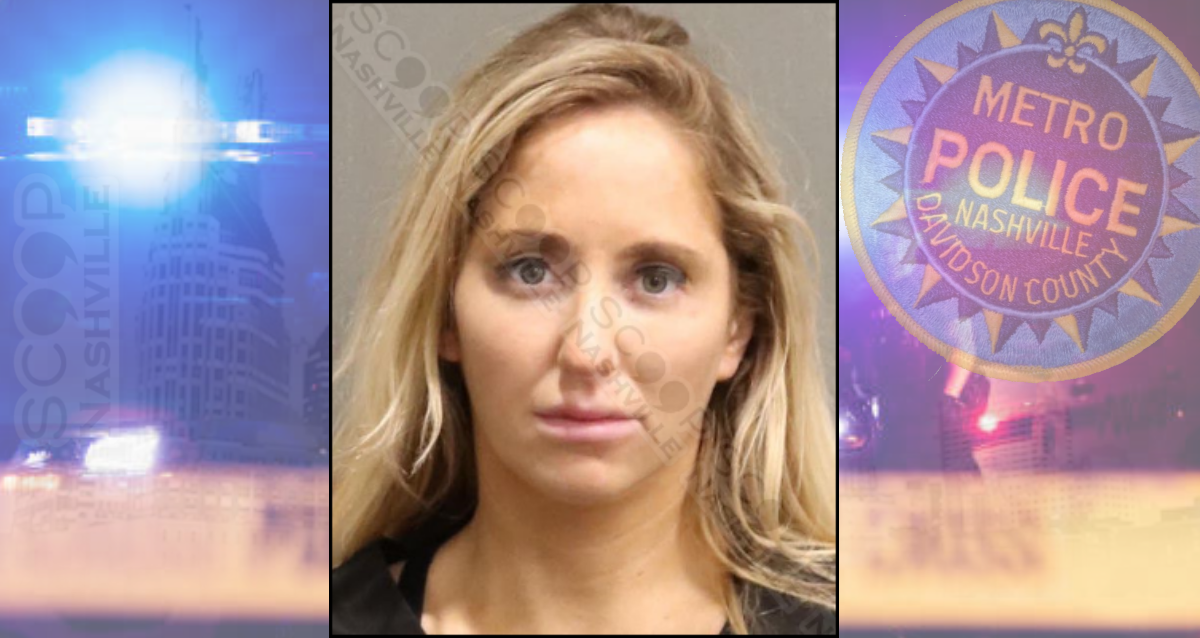 30-year-old Molly New told officers she had “a sip or two” of wine, along with at least one Xanax bar that she got from “an undisclosed person” prior to crashing her vehicle in Goodlettsville overnight. She initially claimed she didn’t have anything to drink at all, but was more forthcoming as the investigation continued. She performed poorly on field sobriety tests and was instead on her feet, had slurred speech, and was generally impaired to a point it was unsafe for her to be driving.