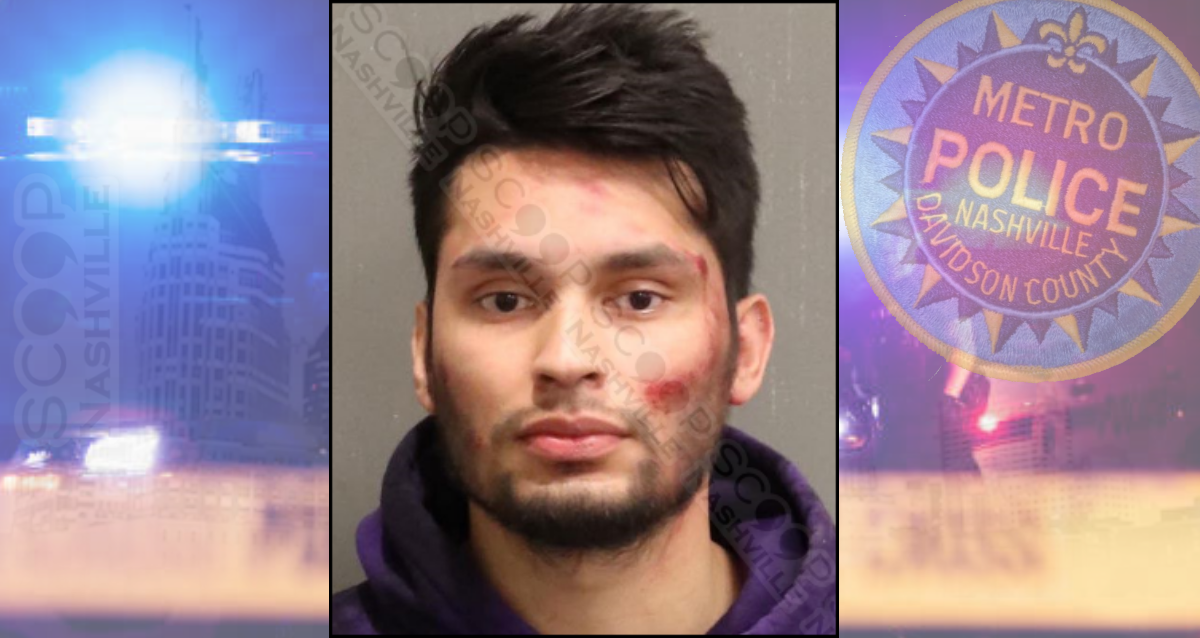 24-year-old Michael Ozzy was recording a hockey game at Bridgestone Area when he was asked to stop the activity. He reportedly continued as was eventually asked to leave the game due to not following the house rules. He left to appease security, then returned right back to the property. When officers explained he was under arrest for criminal trespass he fled. He was apprehended after a short foot pursuit, near 7th Ave & Broadway. Police say he pulled away and resisted arrest.