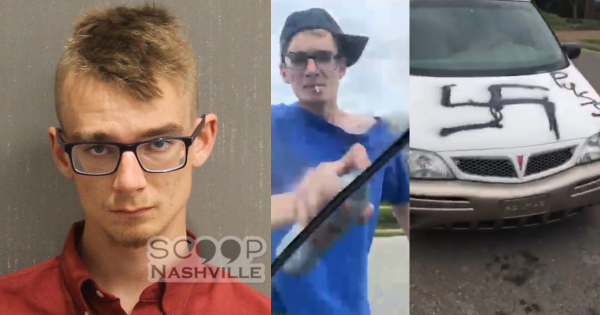 21-year-old Kevin Prusinowski is charged with felony aggravated assault with a deadly weapon and vandalism charges after police say he threatened to stab his juvenile brother with a large kitchen knife, then followed him outside to his car, which he then spray-painted a swastika on while the teen brother was inside the vehicle filming the encounter.