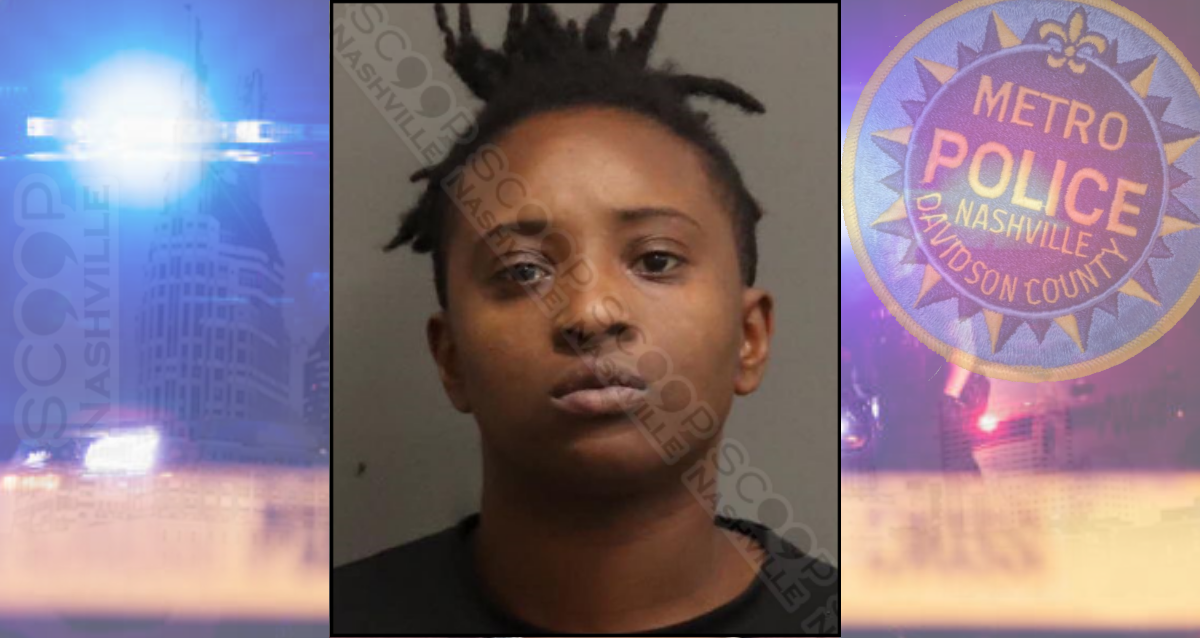 29-year-old Nykisha Gooch was jailed this week on multiple outstanding felony warrants including aggravated assault with a deadly weapon and vandalism. Her ex-boyfriend, Michael Wilson, called police on April 25th to report Kisha had just sliced him with a box cutter at an intersection in East Nashville. Wilson says he was in the left turn lane at Gallatin & East Palestine Ave when a brown Chevy Impala sped up from behind and blocked him in. ‘Kisha’ suddenly appears from the Impala, broke the door handle of his car, and dragged the box cutter across his vehicle, causing several thousand dollars in damage, including denting the vehicle. As Wilson exited the car to put a stop to the vandalism Gooch attacked him and struck his palm with the blade. The couple had only dated for two weeks before he broke up with her.