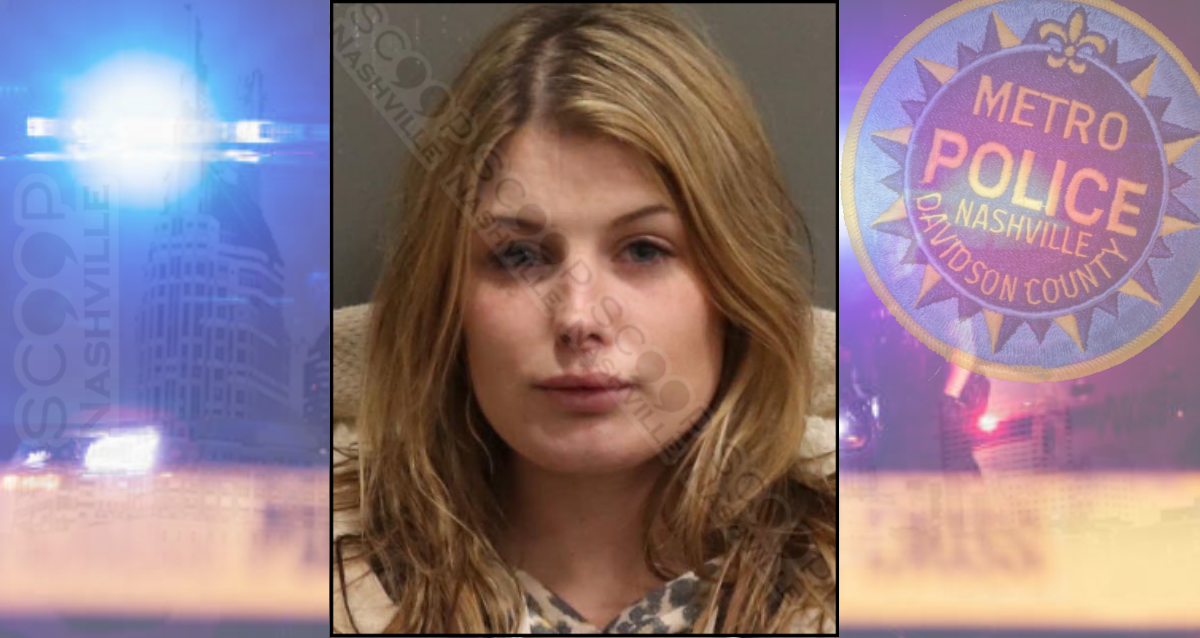 Police say 28-year-old Lillian Stout-Cox was at Top Golf with her husband, Paul Cox, who owns a Goodlettsville car lot. She reportedly became upset after he would not hire her brother and caused such a scene that Paul took a rideshare back to the car lot. By the time he arrived, Lillian was already there waiting for him. Security video shows another argument occurred, this time after she demanded some of his prescribed medication (Klonopin) as she searched the office for them. When she realized they were in his possession she began destroying computer monitors and furniture throughout the office. Stout-Cox is charged with domestic assault and vandalism and is free on a $2,000 bond.

Editor’s Note: Stout-Cox called the toll-free Scoop Newsline shortly after bonding out of jail to let us know she had been arrested, and to threaten a lawsuit if we published her story, stating her court records were “confidential”. In this reporter’s opinion based on her conversation, she had found those Klonopin prior to making the call.