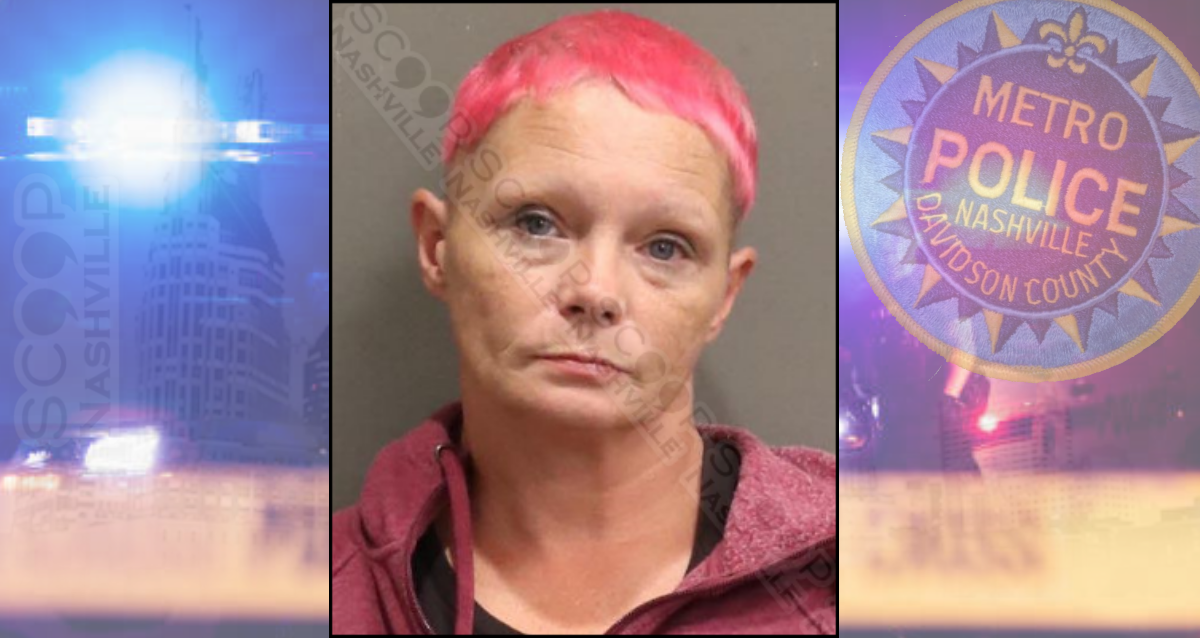 Metro Nashville Police Officers working the downtown district observed David Moore suddenly fall out of the passenger seat of a vehicle driven by his wife, 45-year-old Misty Fain, at the intersection of Korean Veterans Blvd & Hermitage Ave. As he fell out of the vehicle, she put the vehicle in park, then drove forward a few feet, then repeated this a few times until officers activated their emergency equipment, at which time she fled the scene at a high rate of speed, leaving her husband on the ground in the middle of an intersection. The victim explained he was originally driving when they began to argue over the directions to Boot Barn. As the argument escalated, he stopped the car and scooted to the passenger seat as his wife walked around and got in the driver’s seat. At some point, she was yelling and screaming and began to hit and assault him, breaking his glasses. He called 911 and she demanded he exit the car, and he ended up on the ground. Officers documented multiple cuts, scrapes, and scratches to the victim’s face, and broken glasses.