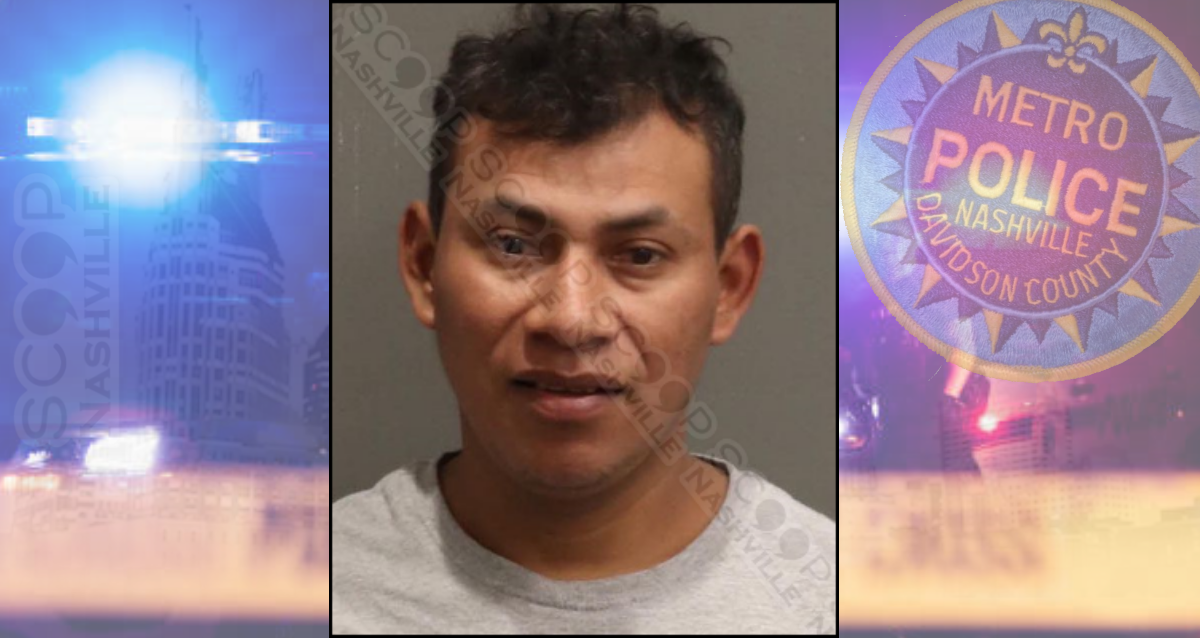 Metro Nashville Police encountered 38-year-old Manual Alberto Garcia at a Mapco on Murfreesboro Pike, where he was parked at a gas pump. As Garcia attempted to exit his vehicle while stumbling, officers observed multiple open containers of Michelob Ultra in the cup holders, including a freshly opened cold beer. On the floorboard of his vehicle, there were over 50 empty bottles of beer. He stated he had consumed 6 beers at that point in the evening.