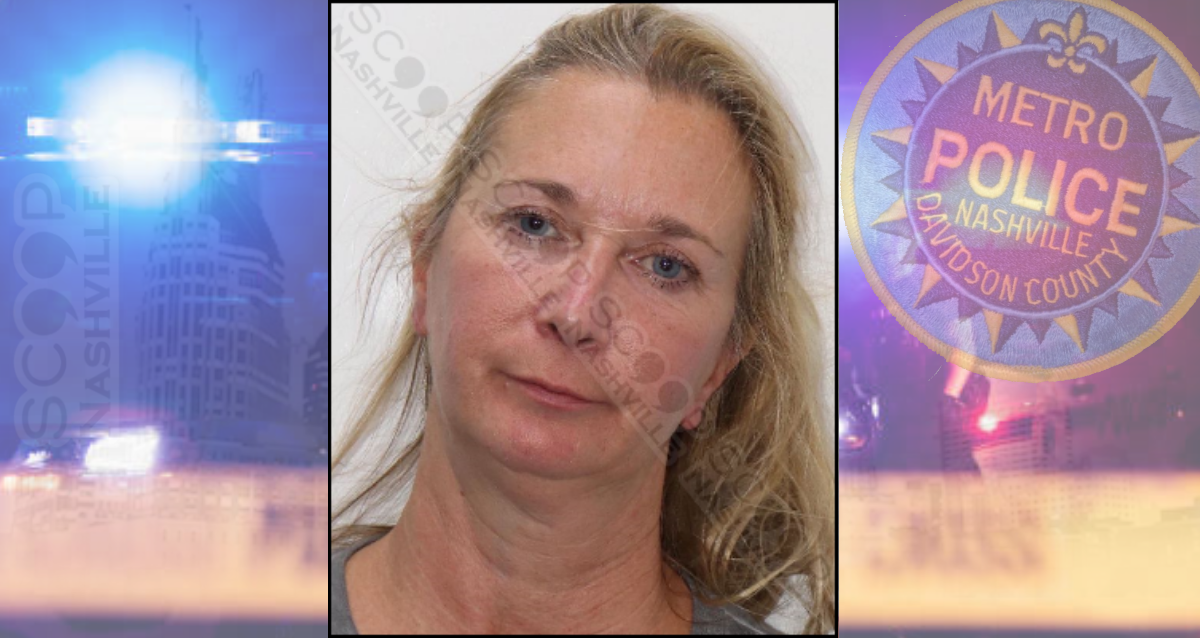 52-year-old Mary Flemming was attending The Stadium Tour featuring Motley Crue/Def Leppard/Poison/Joan Jett and the Blackhearts Thursday night in Nashville when she was forced to exit the venue by Titan security due to her behavior. Metro Nashville Police Officers were alerted to the situation and observed her to be heavily intoxicated, unruly, and verbally abusive to the venue’s security. Officers attempted to contact a friend to retrieve her, but the friend did not come and after several minutes of waiting she was taken into custody for public intoxication.