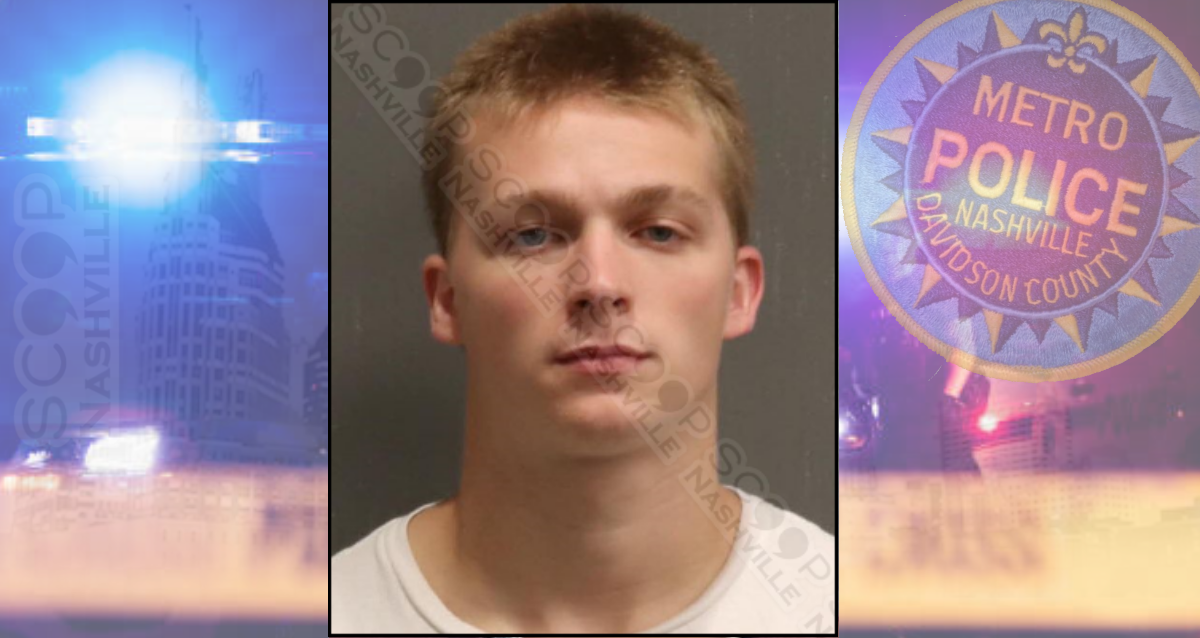 First responders located 21-year-old Matthew Zito asleep behind the wheel of his vehicle at the intersection of Brownlee Drive and Brook Hollow Road just after 1 a.m. Sunday. As firefighters approached the vehicle, Zito briefly woke up and drove further down the road, where he fell back asleep. Nashville Fire was able to place blocks in front of his tires so he couldn’t move any further and then removed him from the vehicle. Officers arrived as he was being escorted to the ambulance. Zito stated he had “3 or 4 drafts” at a bar on 21st Ave, where he was drinking with his co-workers prior to driving. He performed poorly on field sobriety tests and was transported to booking.