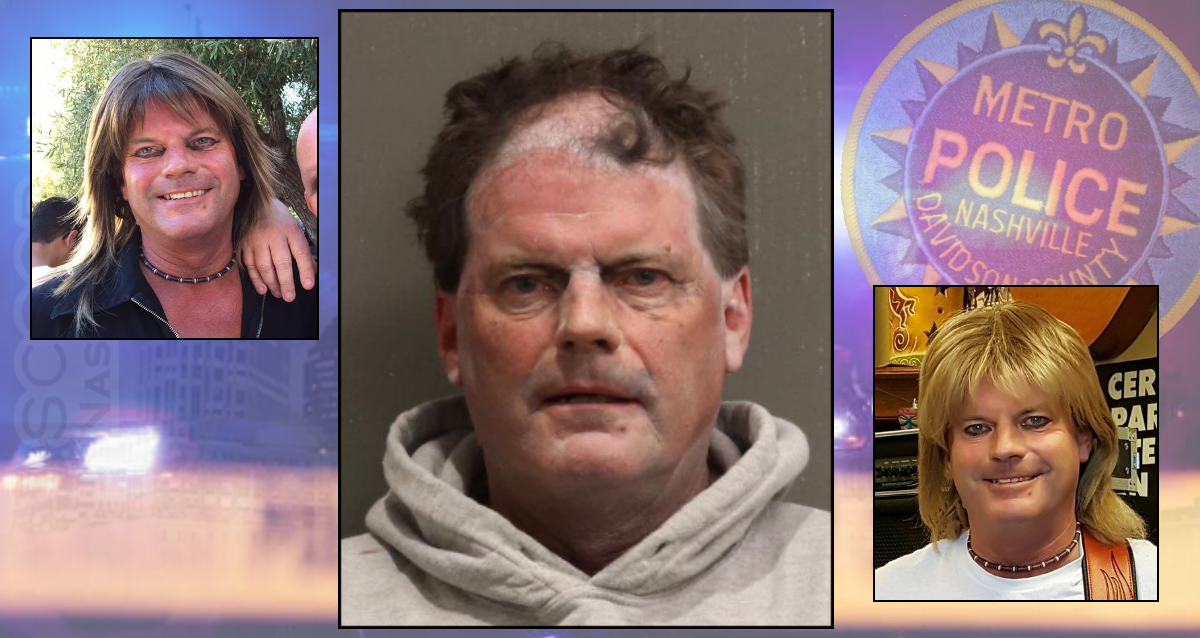 60-year-old musician Scott Garbutt was denied entry to a concert in Nashville this weekend for being too intoxicated prior to the show. He became aggressive with the staff and was charged with disorderly conduct, public intoxication, and criminal trespass at Ascend Amphitheater. At some point during booking, his hairpiece also failed to appear. He is free on pre-trial release.