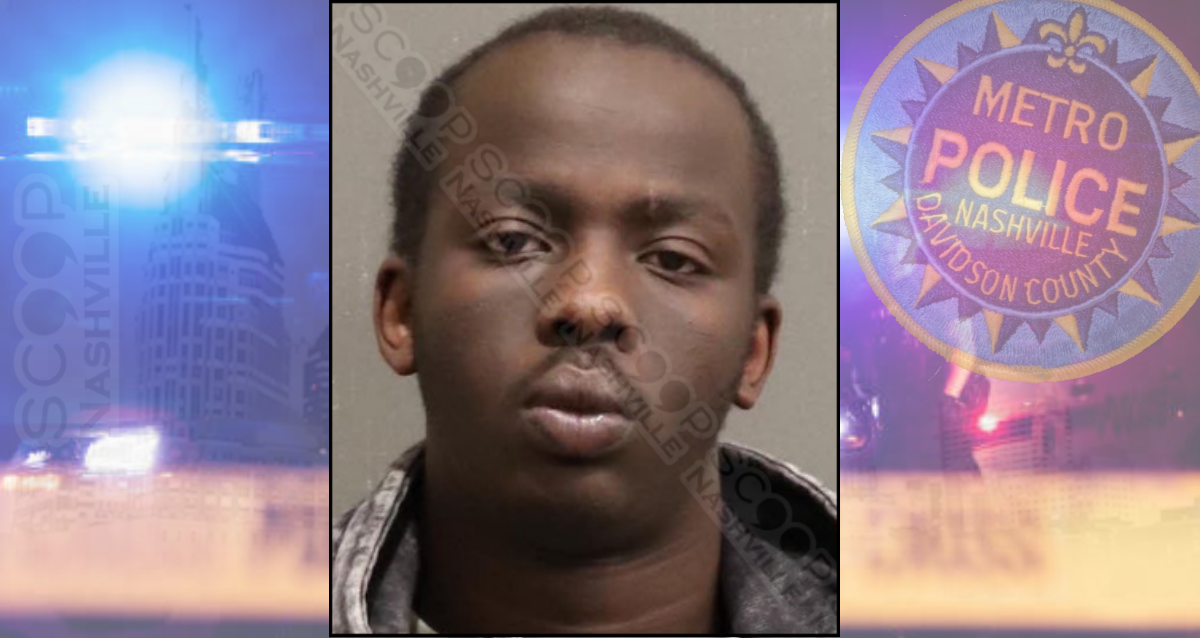 Poice noticed 18-year-old Mohamed Kulolu Mohamed “aimlessly wandering” the area of 2300 Elm Hill Pike, The Residence Inn, on Sunday and approached him. He stated he was just waiting on a friend. Police observed an obvious imprint of a handgun in his hoodie and asked him what was in the pocket, to which Mohamed replied “what do you think?”, causing officers to immediately grab and retrieve the gun from the teen. A records check revealed the gun was reported as stolen, and marijuana was found on Mohamed during a search.