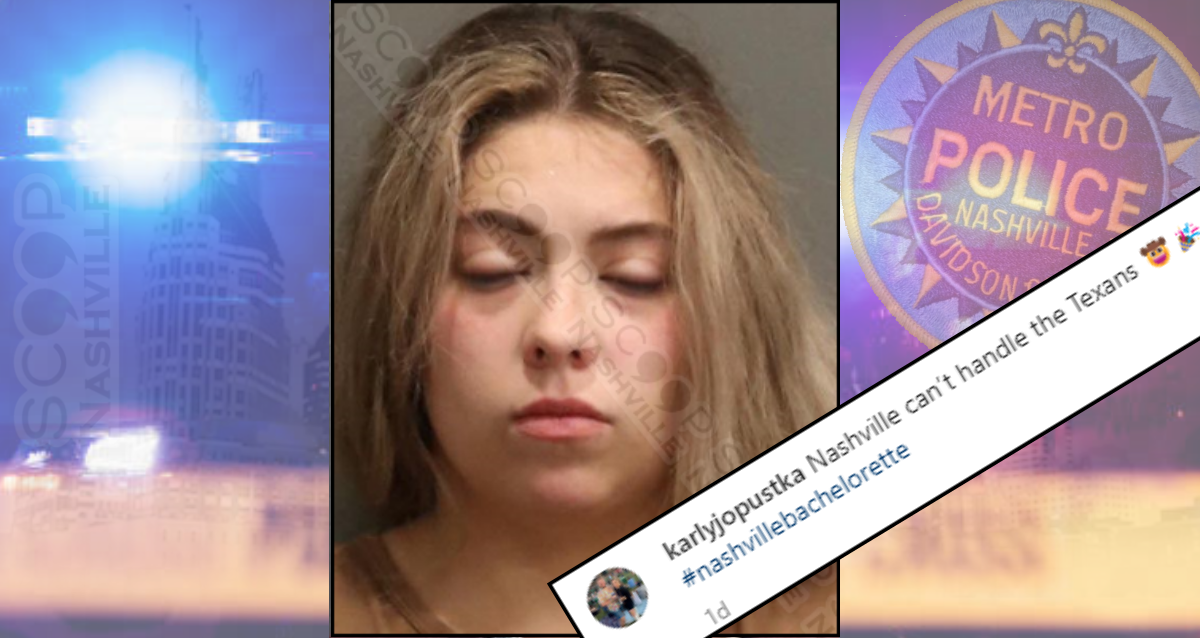 On Sunday, 25-year-old Karly Pustka opined on her Instagram account: “Nashville can’t handle the Texans 🤠🎉 #nashvillebachelorettee” with a photo of her friends in Nashville — it would turn out that the Texans couldn’t handle Nashville. In the early hours of Monday morning, Metro Nashville Police responded to a domestic disturbance call at Club Wyndham Nashville on McGavock Pike. The bride-to-be, Madison Pustka, told police her cousin, Karly Pustka, lunged at her while scratching at her neck. Madison says she was just attempting to check on Karly, who had locked herself in the bathroom of the hotel room after getting extremely intoxicated. Madison and another person were able to get past the locked door, which angered Karly, who says she acted in self-defense. Karly was taken into custody and charged with domestic assault with bodily injury. 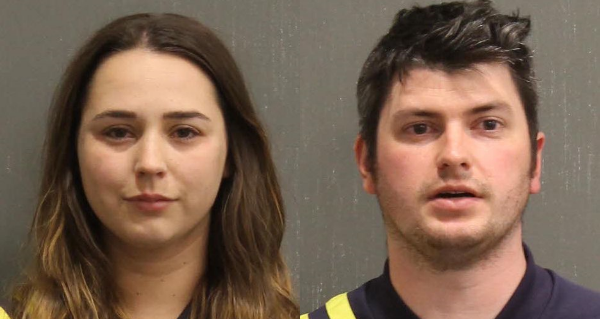 A Nashville couple started their Saturday evening partying in downtown Nashville together but woke up in separate jail cells Sunday morning. Witnesses reported Nashville Christian School teacher Leah Riek repeatedly slapped her boyfriend, John Ladd, in the face and police found them heavily intoxicated and lying in a parking lot, too drunk to stand at 6:38 p.m.