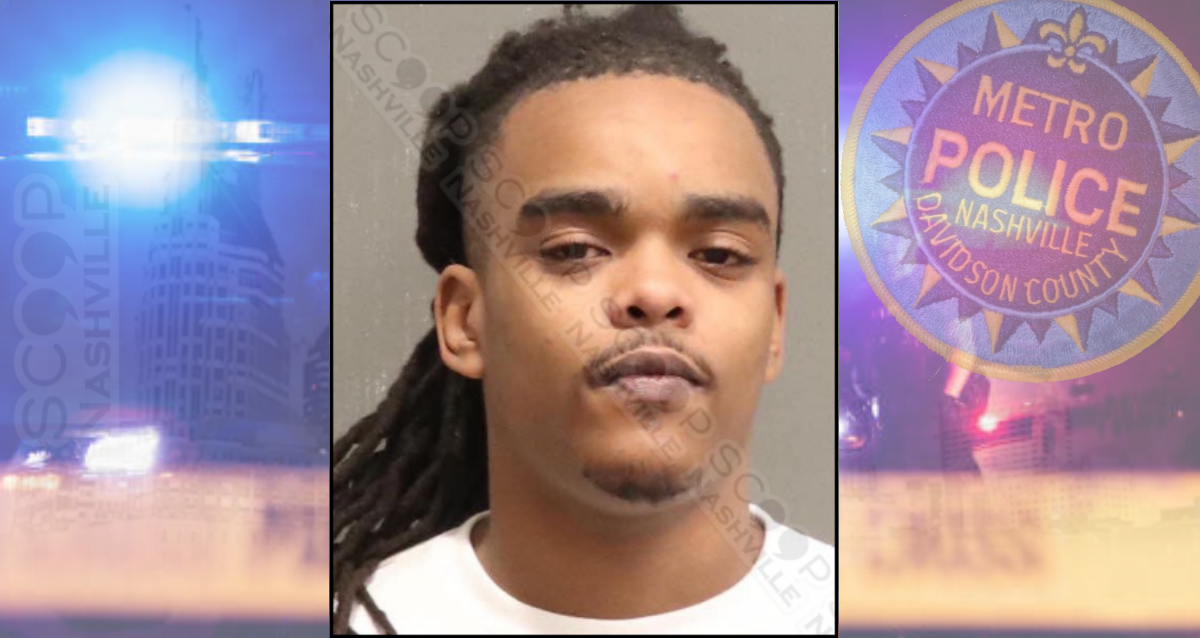 21-year-old Kedarius Gordon was booked into the Metro Nashville Jail Wednesday on two outstanding warrants from December, charging him with felony vandalism and aggravated assault with a deadly weapon. His ex-girlfriend, Patriona Jones, says she pulled into an apartment complex at which time he pulled up beside her in his Nissan Altima, grabbed a large wooden stick and put two large dents in her car, and destroyed the side mirror.

He then struck her in the face with the stick as they argued. She says he then began to punch her and pull out her hair. She grabbed some mace to defend herself, however, Gordon overpowered her and sprayed her with her own Mace. Police say only a small piece of her weave was still attached to her head as she flagged them down.