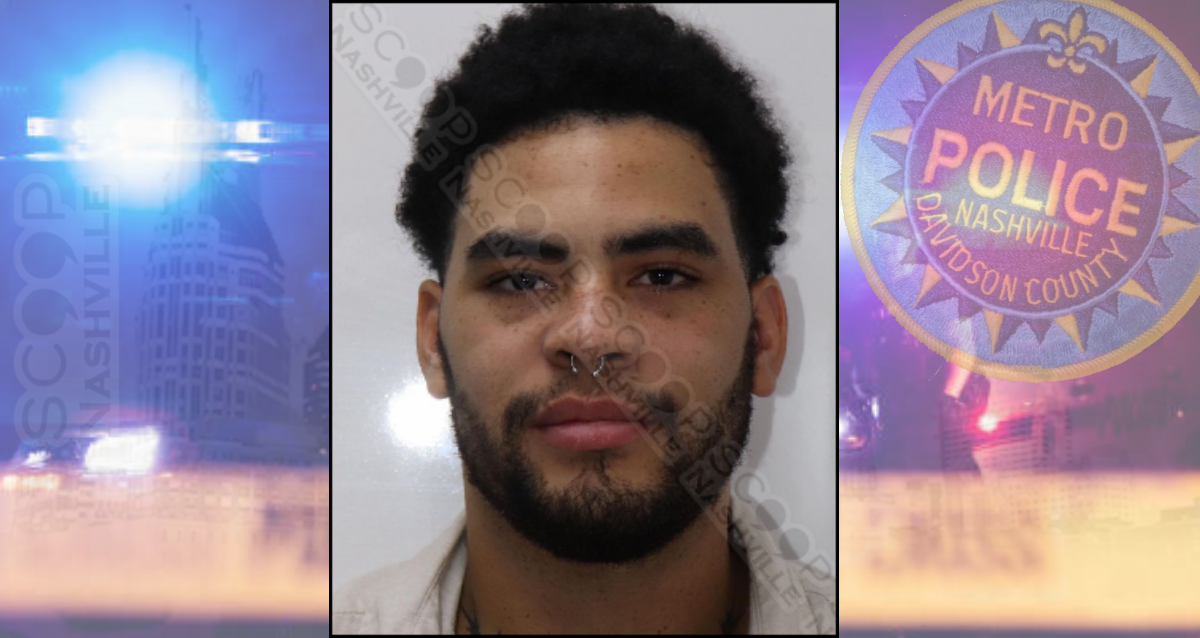 Metro Nashville Police Officer Connor Hosey says he was assisting a citizen with taking a photograph just after 2 a.m. on Broadway in downtown Nashville Saturday when 24-year-old Jonathan Pierre James came up and placed his arms around the neck of Hosey. While observers say it looked like horseplay, the Metro Nashville Police officer says he felt in fear of bodily injury and had Officer Caulder place the North Carolina tourist under arrest for assault.