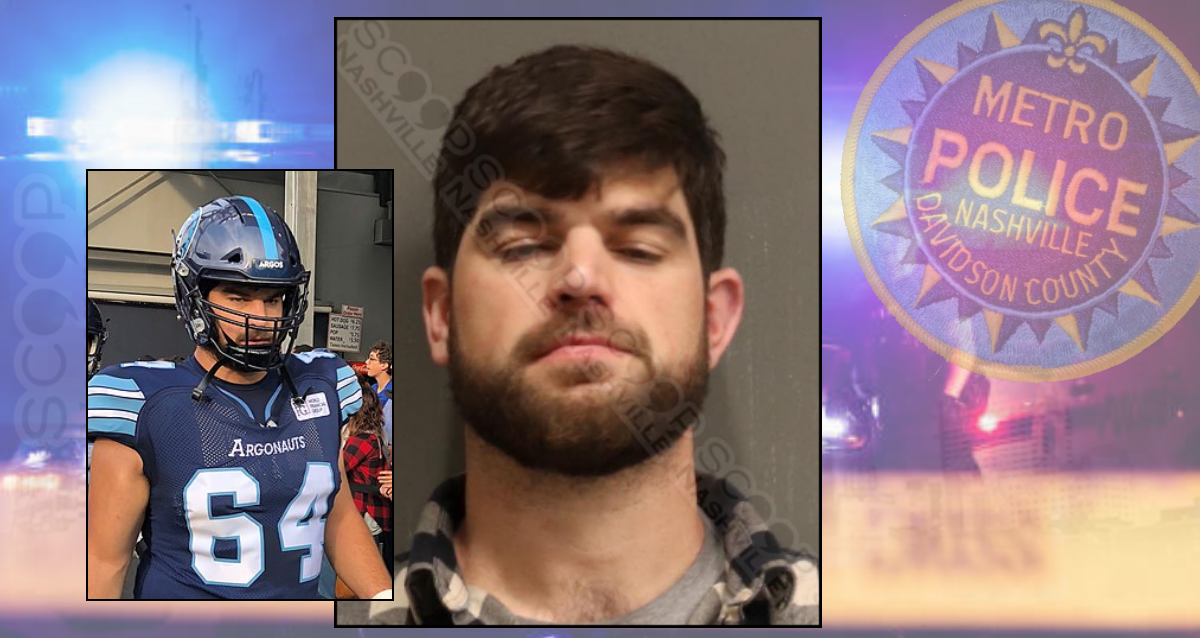 Metro Nashville Police found 34-year-old Canadian Professional Football Player Ryan Bomben banging his head against a local business in downtown Nashville, and when officers approached him he reeked of alcohol and had difficulty standing on his own. Despite multiple attempts to arrange for him to leave the area safely, there was no one to care for him and he had no idea where he was staying. He was transported to booking, where they located marijuana inside his jacket pocket once inside the facility. Bomben was charged with public intoxication and felony introducing drugs into a penal institution.