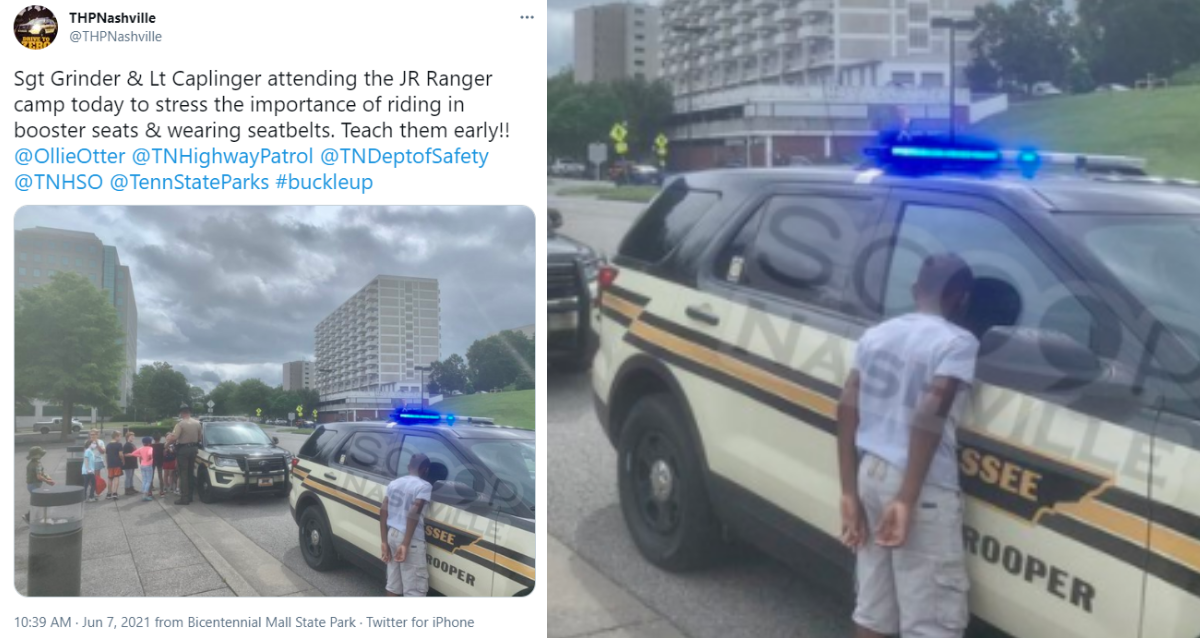 Early Monday, the Tennessee Highway Patrol posted a photo to their social media of children at the Junior Ranger Camp in Nashville. The photo depicts a line of children with a trooper demonstrating the importance of booster seats and seat belts, while a lone black child faces against a patrol unit in the foreground with his hands behind his back. After backlash on social media, the department quietly removed the photo.