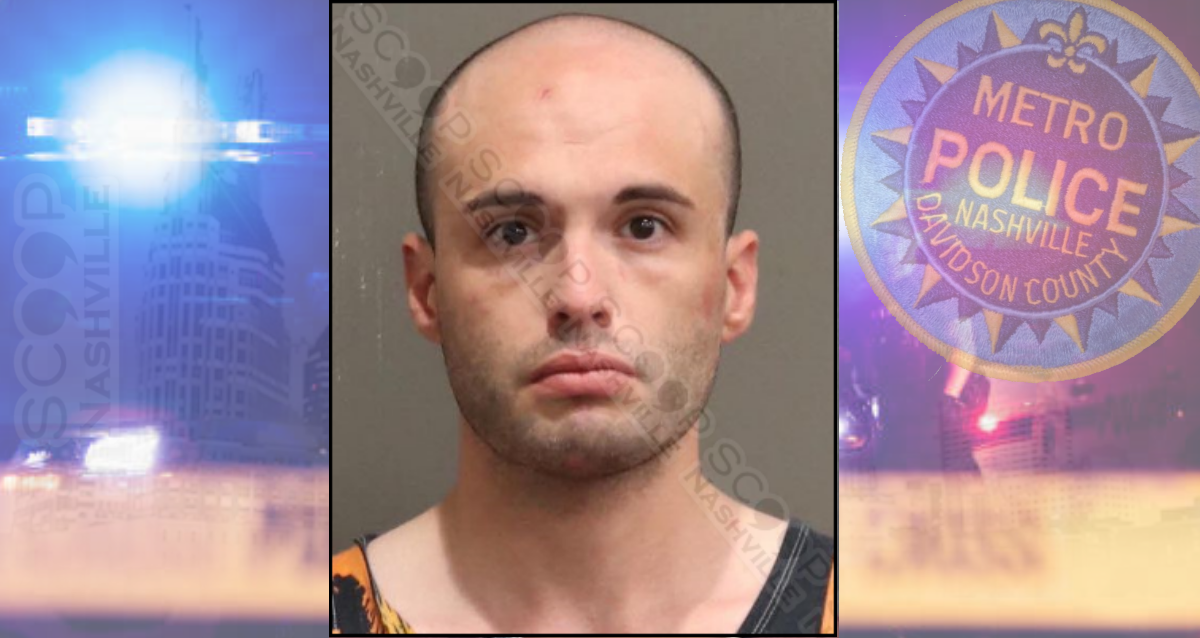 29-year-old Tyler Glass says he used meth one hour before a series of car crashes in South Nashville. On Thursday, Nashville Fire initially responded to a male passed out in a VW Jetta on nearby Clayton Street. EMS District Chief Chad Gilly says as they attempted to check on the man, later identified as Glass, he suddenly drove off from the scene and they found him again, passed out at the intersection of Vaulx Lane and Gale Lane, where Officer Stratton now attempted to speak with him. He refused to exit the vehicle, and would only repeat “I’m hot” when asked questions. He was eventually coaxed out of the vehicle and taken into custody, where he continued to nod off in the back of a patrol car. When asked basic questions he would simply stare forward. Inside a “colorful bag” in the vehicle, officers found snort straws, a small plunger, and crystal methamphetamine.