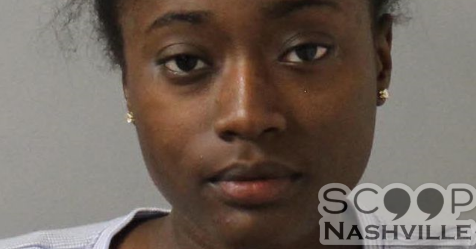 Metro Police say 21-year-old Whitney Gray and her boyfriend we out drinking at downtown Nashville bars Saturday night, when they got a rideshare to take them back home to Ft. Campbell. They were in the vehicle when they began to verbally argue, and the driver stopped at a convenience store at 1702 West End Avenue, and kicked them out of the vehicle, telling them they would have to get a different driver.