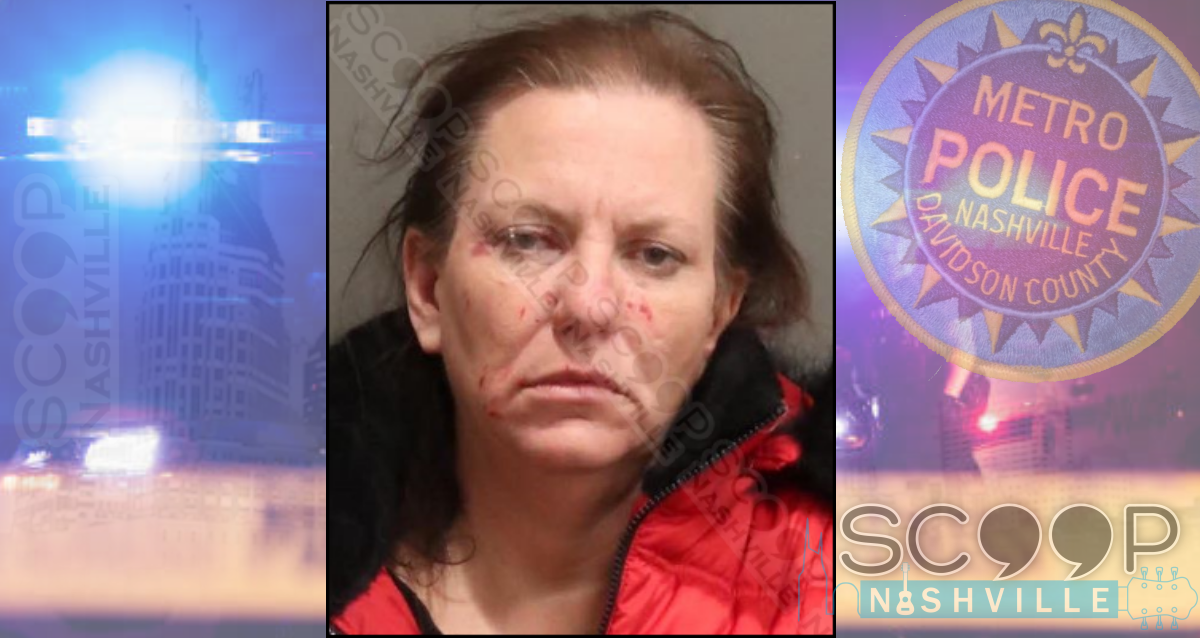 51-year-old Stacie LeBeau Gibson is charged with the brutal assault of her adult daughter inside a downtown Nashville hotel room late Saturday evening. Caylie Gibson called 911 from the DoubleTree hotel to report she was being assaulted by her mother, who was punching her at the time of the call; the dispatcher confirmed the commotion. Stacie bit her daughter’s fingers and ripped her hair out. Officers arrived to find multiple locks of the victim’s hair on the floor, visible bald spots on the victim’s head, a deep cup on her forehead, a cut to her left cheek, scratches on her neck, and bite marks on multiple fingers. Staci told police she wasn’t sure who initially started the fight. Caylie returned a few punches in self defense.