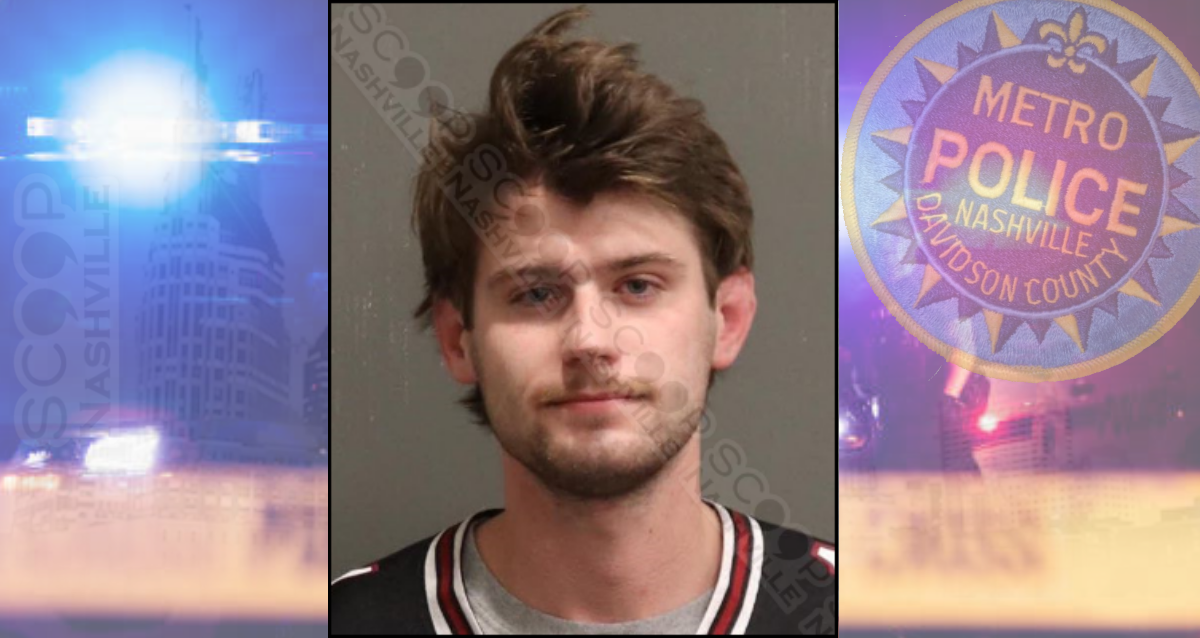 24-year-old tourist William Maracich from South Carolina was detained by security at Losers Bar in downtown Nashville late Saturday night after he caused a disturbance in the bar due to his extreme level of intoxication. Police arrived in response to the disturbance and took Maracich into custody, at which time he resisted being cuffed. Once at booking, Maracich refused to exit the patrol car, resulting in officers carrying him into booking.