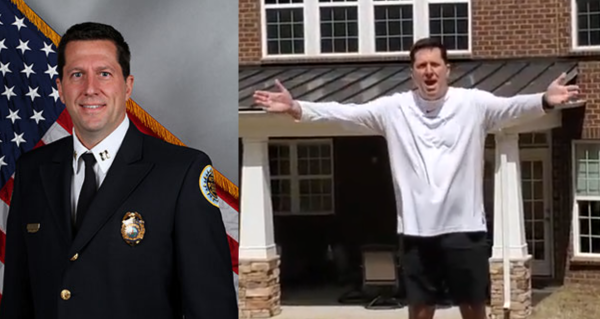 FULL VIDEO: Metro Nashville Police Captain Jason Reinbold found himself confronting a citizen on the public bike path behind his home this week. During the interaction, he was confrontational, asking the small children with the female citizen to say profanity with him, called the lady a ‘Karen’, and threatened to turn the sprinklers on them to get them to leave the bike path, after accusing them of being homeless.