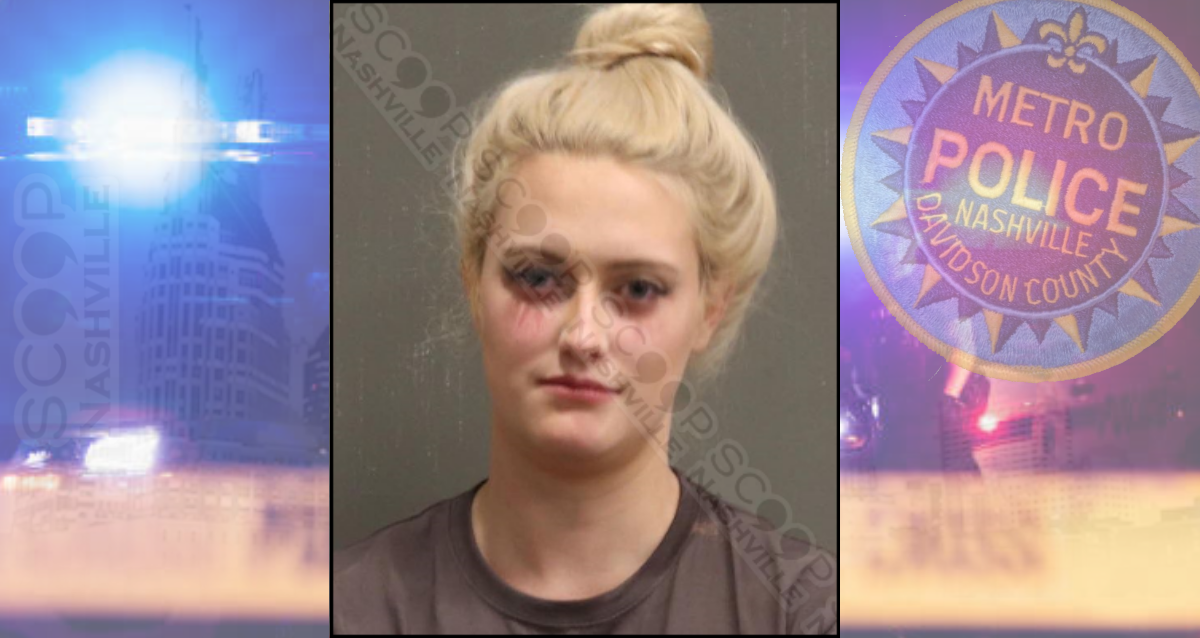 26-year-old Alyson Smith was jailed Friday night after she became irate at the Nashville International Airport. She initially approached airport police around 8 p.m. while reeking of alcohol and barely able to stand on her own. She explained her fight had been delayed and he had been drinking and needed a refund. Officer Pallan escorted her to the ticket counter, which was given to her by the American Airlines agent, despite her being obnoxiously loud and cursing during the entire interaction. She was then escorted to pick up her luggage, only to find out that it was already on the plane, so it would have to be sent back and picked up at a later time. This upset Smith even more, and she now demanded to be re-booked, which was denied to her extreme intoxication. She became belligerent and abusive and was placed into custody for public intoxication.