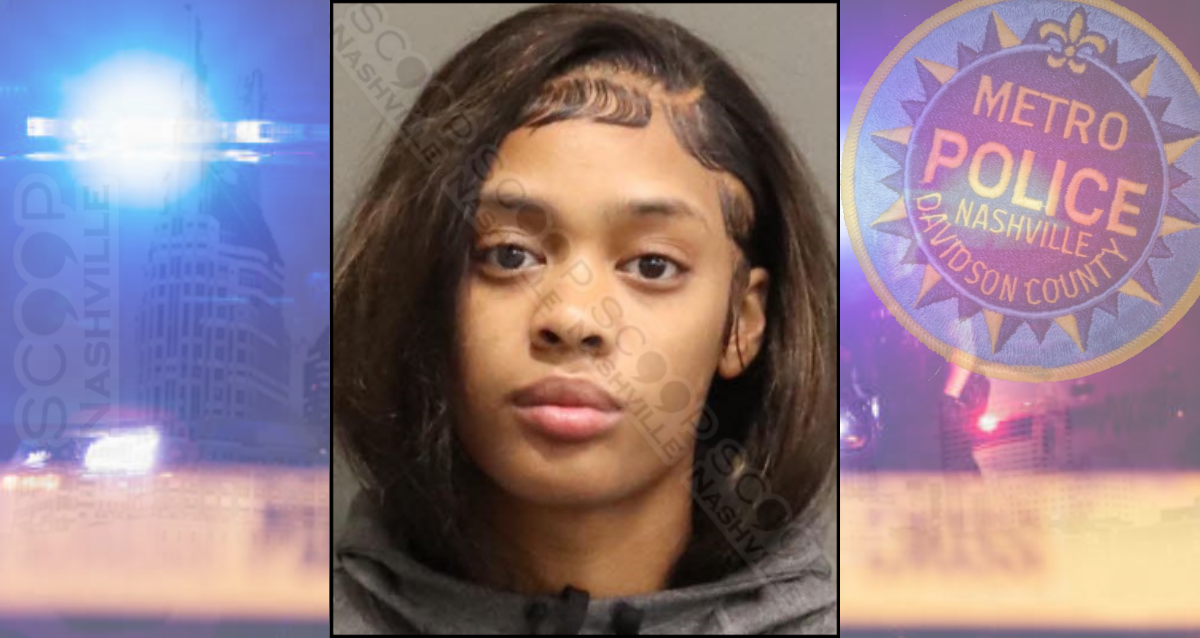 At 1:35 a.m. Sunday, officers attempted a traffic stop on 22-year-old Destiny Amari Bradfield after clocking her traveling at 67 mph in a 40 mph zone on Harding Pike. She initially stopped, and as an officer approached her window, she fled at a high rate of speed. Ten minutes later, Belle Meade PD observed her turning into the one-way entry of a neighborhood and were able to lay spike strips across the exit. She drove almost a quarter-mile after crossing the spike strips, then fled from the vehicle on foot after abandoning the vehicle in a random driveway — leaving her wallet full of identification cards in the front seat. A short time later, another vehicle approached the abandoned vehicle traveling extremely slowly. During a traffic stop, Bradfield was found pretending to be asleep under a blanket in the back seat of that car.