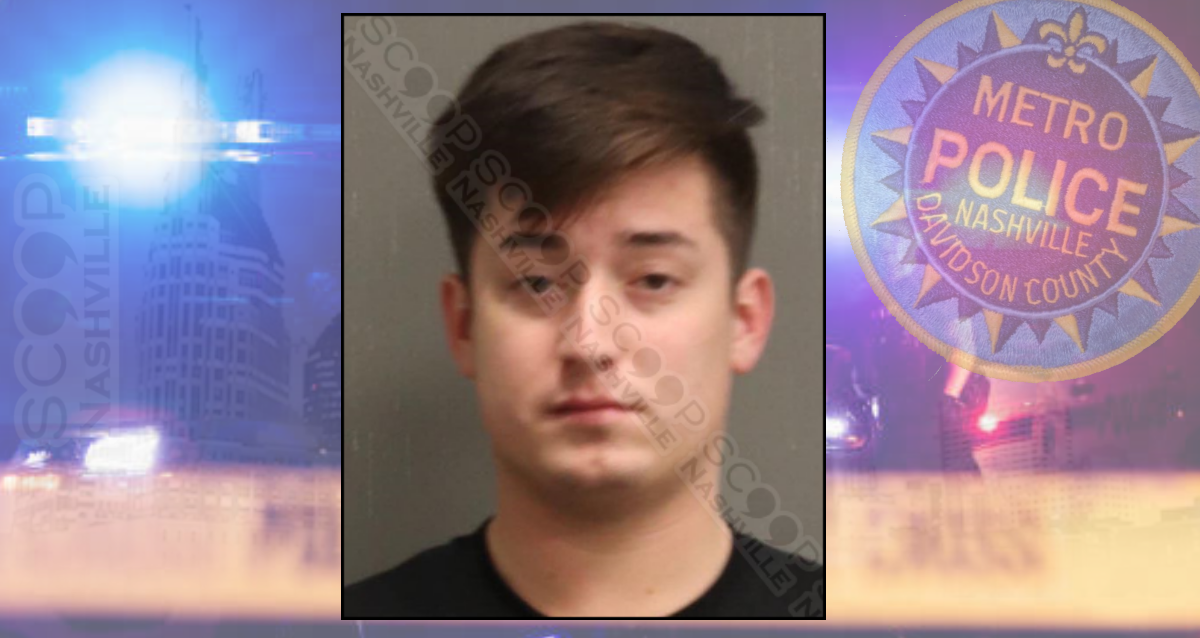 Metro Nashville Police say they were watching 22-year-old Jackson McClain stumble down Broadway in downtown Nashville when he came upon a MNPD police car and fell over onto it, nearly knocking off the side mirror. They approached him and attempted to get him a safe ride home, however, he became defiant and disorderly, aggressively refusing all assistance.
He was charged with public intoxication and transported to booking.